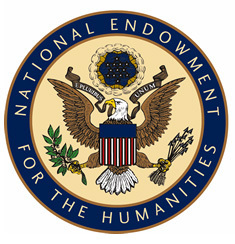 University of Notre Dame Professor Kent Emery Jr. and his team have been awarded a National Endowment for the Humanities (NEH) grant to produce the first critical edition of a key work by medieval theologian and philosopher John Duns Scotus.

The three-year, $300,000 grant was one of the largest awarded by the NEH this year, according to Emery, a professor in the Program of Liberal Studies (PLS) in Notre Dame’s College of Arts and Letters and the University’s Medieval Institute.

Beatified by Pope John Paul II in 1993, Scotus is “one of the most important of all medieval philosophers and theologians, on the same level with Thomas Aquinas,” Emery notes, adding that Scotus is perhaps best known for his work defending the doctrine of the Immaculate Conception of Mary against its many critics in the Middle Ages.

Scotus’ arguments about Mary, Emery says, “were crucial for the Church’s authorities to accept this as a teaching of the Catholic faith.”

In universities and in schools of religious orders, Peter Lombard’s “Sentences” was “the textbook for teaching theology from the 13th through the 16th centuries,” Emery says, “and anyone who wanted to get a doctorate in theology had to write a commentary on the questions it contained.”

Scotus first did so while at Oxford University, in a version known as the “Ordinatio,” which he continued to expand upon throughout his life. The Franciscans at the International Scotistic Commission in Rome have been working since 1950 to prepare a critical edition of the "Ordinatio"—and are still far from finished, Emery says. 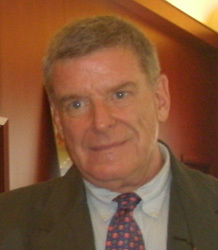 “These works are huge, and they are many volumes,” he explains. “It’s become apparent they will never be able to do all of Duns Scotus’ other works, the most important of which were done after he left Oxford and was appointed to the University of Paris, which was the most prestigious of all theology faculties.

“So the Scotistic Commission in Rome agreed that all of the Parisian works, including his lectures on the “Sentences” that he gave there, should be done by our American team.”

The NEH grant establishes the Scotistic Commission of America at Notre Dame and helps fund its first major project on Scotus’ “Sentences” lectures in Paris.

Led by Emery and his co-director, Catholic University of America’s Timothy B. Noone, the editorial team includes four scholars from the Notre Dame College of Arts and Letters: Philosophy Professor Stephen Dumont; PLS Assistant Professor Bernd Goehring; and Garrett R. Smith and Stephen M. Metzger, both Ph.D candidates from the Medieval Institute.

While Scotus’ Parisian lectures on the “Sentences” are largely unknown, they “represent his most mature, authoritative teaching,” Emery says.

To produce the first critical edition of this work, Emery and his team must gather and compare dozens of medieval manuscripts containing lecture notes written by Scotus and his students, analyze and translate them, and find and explain all of the references to the teachings of earlier scholars such as Aristotle and Augustine.

“This is a long and very patient work, but it’s at the center of medieval studies,” Emery says, “because everything in medieval studies is in handwritten books, and the ones that survived are scattered in libraries across the world.”

With its “unparalleled library in medieval studies” and a group of scholars who are experts on Scotus and the philosophy and theology of his time, Notre Dame is an ideal site for this work in the United States, he says, adding that it is particularly appropriate because the University’s founder, Father Sorin, “had a great piety to our Lady’s Immaculate Conception.”

Over the next three years, Emery and his team plan to complete Scotus’ lectures on the first of the four books in Lombard’s “Sentences” and a large part of another.

“We hope that we will be able to build on this and to continue to receive grants from the NEH to edit the rest, and also the other Parisian works of Duns Scotus,” Emery says. “We are envisioning a many-year project centered at Notre Dame in the Medieval Institute.”