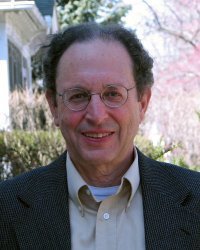 Indiana lawmakers and residents can expect heated debate as the Indiana House voted 8-5 this morning to send the “Right to Work” bill to the full House.

Indiana Republicans back the bill because of its potential to attract business to the Hoosier state with lower labor costs, which some believe ultimately will increase workers’ wages.

“The Indiana Chamber of Commerce report on Right to Work (RTW) states that higher incomes will come about from more businesses relocating to Indiana due to lower labor costs. This is the logic of the RTW argument, but it is a rather uncomfortable and contradictory argument to make — that we need to lower the wages of workers in Indiana in order to improve incomes,” says Wolfson, associate professor of economics and director of Notre Dame’s Higgins Labor Studies Program.

A fact sheet from the National Institute for Labor Relations (NILRR) in 2011 states that the cost of living-adjusted compensation per private sector employee is $1,155 higher in RTW states than in non-RTW states.

“Unfortunately, the data analysis conducted by NILRR has significant methodological problems and does not prove anything about what will happen if Indiana passes a RTW law,” Wolfson counters.

Wolfson’s research focuses on the effects of the financial markets on working people, globalization and local economic development. Prior to his appointment at Notre Dame, he was an economist at the Federal Reserve Board in Washington, D.C.

Contact: Dr. Wolfson’s comments may be used in whole or in part. He can be reached for interviews at Wolfson.1@nd.edu.