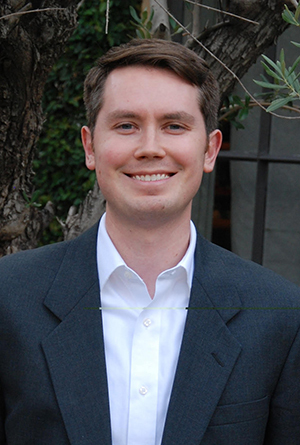 In Philadelphia this September, when Pope Francis celebrates an outdoor Sunday Mass with some 1,500 priests and an estimated 1.5 million lay people, he will be standing in a sanctuary designed by James Lenahan, a Glen Ellyn, Illinois, native who recently graduated from the University of Notre Dame with a Master of Architecture degree.

On his first visit to the United States, Pope Francis will be in Philadelphia for the eighth annual World Meeting of Families. The Sept. 27 Mass in front of the Philadelphia Museum of Art will be the gathering’s main event.

Lenahan’s design was selected by the Archdiocese of Philadelphia from numerous submissions it had invited from schools of architecture in the United States. “It was an outstanding opportunity,” said Lenahan, “and it aligned perfectly with the mission of the Notre Dame School of Architecture to promote the values of traditional and classical architecture.”

In Lenahan’s plan, the sanctuary’s backdrop, altar, ambo, lectern and four ceremonial chairs for the Pope and three deacons were all designed with the theme of the World Meeting of Families in mind. The altar plan includes two cross-shaped supports joined at the center, suggestive of a family united in Christ. “I wanted to reaffirm the family as a visible sense of God’s presence and love,” Lenahan said. “While no family is without challenges, a family rooted in God has great potential for love, joy and fullness of life. I wanted to incorporate triangular elements which evoke solidity and bring to mind the Holy Family of Jesus, Mary and Joseph.”

Samantha Salden, assistant dean for graduate studies in Notre Dame’s architecture school, is proud to see this achievement of an alumnus of the school’s graduate program. “It only makes sense that an institution, and global community, that values tradition as living and vibrant today would select a design rooted in the living language of traditional architecture,” she said. “We hope that Jim’s dignified design for the sanctuary area for the papal Mass will add to the power and meaning of the occasion and that it will contribute to the revival of decorous civic and sacred architecture which, through its physical durability and universally meaningful forms, express both a community’s shared history and optimism for the future.”