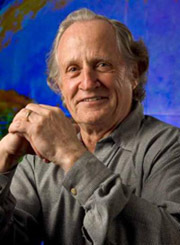 Mario Capecchi, the 2007 Nobel Prize winner in physiology and medicine, will present two lectures Tuesday (April 7) at the University of Notre Dame’s Jordan Hall of Science.

Capecchi, a faculty member at the University of Utah, has conducted pioneering work in both genetics and cancer research. He is best known for the development of “knockout mice” technology, a gene-targeting technique that has revolutionized the study of mammalian biology and led to the creation of animal models for hundreds of human diseases, including the modeling of cancers in the mouse.