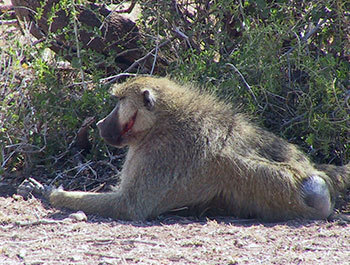 Turns out it’s not bad being top dog, or in this case, top baboon.

A new study by University of Notre Dame biologist Beth Archie and colleagues from Princeton and Duke Universities finds that high-ranking male baboons recover more quickly from injuries and are less likely to become ill than other males.

Archie, Jeanne Altmann of Princeton and Susan Alberts of Duke examined health records from the Amboseli Baboon Research Project in Kenya. They found that high rank is associated with faster wound healing. The finding is somewhat surprising, given that top-ranked males also experience high stress, which should suppress immune responses. They also found that social status is a better predictor of wound healing than age.

“In humans and animals, it has always been a big debate whether the stress of being on top is better or worse than the stress of being on the bottom,” said Archie, lead researcher on the study. “Our results suggest that, while animals in both positions experience stress, several factors that go along with high rank might serve to protect males from the negative effects of stress.”

“The power of this study is in identifying the biological mechanisms that may confer health benefits to high-ranking members of society,” said George Gilchrist, program director in the National Science Foundation (NSF)’s Division of Biology, which funded the research. “We know that humans have such benefits, but it took meticulous long-term research on baboon society to tease out the specific mechanisms. The question remains of causation: Is one a society leader because of stronger immune function or vice versa?” 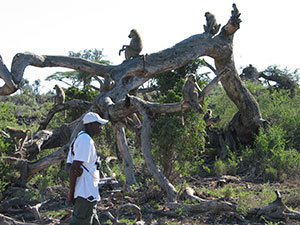 The researchers examined 27 years of data on naturally occurring illness and injuries in wild male baboons, which is a notably large data set. Although research of health and disease in animals in laboratory settings has been quite extensive, this study is one of most comprehensive ever conducted on animals in a natural setting.

However, Archie and her colleagues found that high-ranking males were less likely to become ill and recovered faster from injuries and illnesses than low-ranking males. The authors suggest that chronic stress, old age and poor physical condition associated with low rank may suppress immune function in low-ranking males.

“The complex interplay among social context, physiology and immune system-mediated health costs and benefits illustrates the power of interdisciplinary research,” said Carolyn Ehardt, NSF program director for biological anthropology, which co-funded the research. “This research begins to tease apart the trade-offs in both high and low status in primates, including ourselves, which may lead to understanding the effects of social status on death and disease — not inconsequential for society as a whole.”