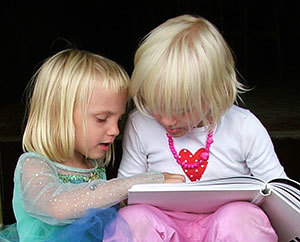 Most parents would agree that raising a generous child is an admirable goal — but how, exactly, is that accomplished? New results from the University of Notre Dame’s Science of Generosity initiative, which funds generosity research around the world, sheds light on how generosity and related behaviors — such as kindness, caring and empathy — develop, or don’t develop, in children from 2 years old through adolescence.

As part of Notre Dame’s Science of Generosity-funded research, psychology professor Ariel Knafo of Hebrew University focused on the complex interactions between genetics and socialization practices, more commonly known as the “nature v. nurture” question. Knafo’s study, published in PLoS ONE, showed a significant link between a particular gene variation and less altruistic behavior in preschoolers. Those with a genetic variation known as the AVPR1A RS3 327 bp allele exhibited lower allocations in dictator game experiments, in which the first player (the “proposer”) determines the split of an endowment, such as a cash prize. The second player (the “responder”), who has no strategic input into the outcome of the game, passively receives the remainder of the endowment left by the proposer.

In another Notre Dame-funded study, Harvard University psychology professor Felix Warneken found that children as young as two years old begin to exhibit spontaneous helping behavior, which challenges the conventional wisdom that young children are innately selfish and have to be “taught” to give. According to a study published in Cognition, young children can be natural, proactive helpers, often willing to help others without being asked and while involved in their own tasks. (Watch a video.)

In a separate study, Warneken found that children’s sharing behavior is more sophisticated than once thought and suggests that children as young as three years old begin to consider merit when sharing with others, even if that consideration costs them cherished resources.

While Warneken and Knafo focus on generosity in young children, economist Mark Ottoni-Wilhelm, of Indiana University-Purdue University Indianapolis, examined how older children up to the age of 13 learn to be generous or not.

Ottoni-Wilhelm explored the ways in which parents transmit their generous identities to their school-age and adolescent children. Until now, the consensus has been that role modeling was more effective than verbal socialization when it came to raising generous children; but the experiments that led to those conclusions were conducted in laboratory settings, and Wilhelm wanted to see whether role modeling or verbal socialization was more effective in the setting where it was most likely to happen: the home.

There he found that talking with children about giving raises the probability of their giving by 18.5 percent over not talking to them about it. He did not find that role modeling increased the probability of their giving, except among non-African-American girls. Evidence suggests that over time parents tend to stop talking about giving to their children.

Established in 2009 with a $5 million grant from the John Templeton Foundation, the Science of Generosity initiative aims to bring together diverse approaches in order to create a field for the study of generosity in all its forms.