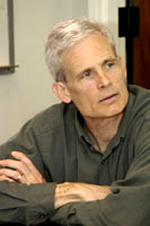 Bad behavior in the world of sports is well documented – from the steroid scandals of Major League Baseball to collegiate recruiting violations to parents and coaches gone wild at youth events.

Since 1999, University of Notre Dame researchers have studied the issue of character in sports, particularly on the youth level. First under the auspices of the Mendelson Center for Sport, Character and Society and, more recently, through the Center for Ethical Education, faculty at Notre Dame have offered a wide variety of solutions for the problems that are so prevalent in the athletic arena.

The latest byproduct of these research efforts is the Universitys new Play Like a Champion Today Sports as Ministry Initiative, which will be unveiled at a conference June 23 to 25 (Friday to Sunday) on campus.

The conference will feature training for representatives from a dozen Catholic dioceses nationwide on a child-centered approach to coaching young people. Drawing on the expertise of members of the Notre Dame coaching staff, the research of developmental psychologists and the insights of Catholic theologians, workshops will provide participants with the expertise to nurture personal and spiritual development along with athletic excellence, and the tools needed to lead their own workshops in local schools, parishes and community centers.

The Sports as Ministry Initiative retrieves the original aim of the Catholic Youth Organization to promote Christian values through sports,said F. Clark Power, the programs founder and co-director.Unfortunately, well-meaning but unprepared adult leaders often so dominate youth sport programs that children feel that they are working for adults rather than playing for their own enjoyment. Coaches who dont understand child development mistakenlytreat young children like professional athletes. Too many children are spending far too much time on the bench or trying to live up to the unreasonable expectations of coaches, who are so preoccupied with winning that they forget about developing each player. This program aims to combat that culture.

The Play Like A Champion Today educational series began in 2004 with PACT (Parents and Coaches Together), a program produced in collaboration with the Minnesota Youth Soccer Association. The program focuses on building character by meeting the needs of young athletes, such as feeling competent, cared for, and in control, and is helping youth coaches and parents make the soccer experience fun and educational.

The Sports as Ministry Initiative was developed in response to a growing concern for the lack of civility and fairness in Catholic-sponsored sports leagues. The Center for Ethical Educations research on player, coach and fan behavior at youth sporting events documented unacceptable levels of unsportsmanlike and aggressive behavior. The studies also found that, contrary to what may be expected, there were greater problems in Catholic programs than in their secular counterparts.

To turn the tide, the Sports as Ministry Initiative offers coach preparation that integrates sports with youth ministry. The result is a sports program that combines spiritual principles with child-centered philosophy.The initiative calls upon Catholic parishes and dioceses to, in the words of Pope John Paul II, view sports asa vital instrument for the moral and spiritual elevation of the human person.

For more information on Notre Dames Sports as Ministry Initiative, the Play Like A Champion Today Educational Series or the conference, contact Brooke Crawford of theNotre DameCenterfor Ethical Education at 574-631-9981.

_ Contact: Brooke Crawford, coordinator of sports programming for the Center for Ethical Education, 574-631-9981 or Crawford.37@nd.edu
_