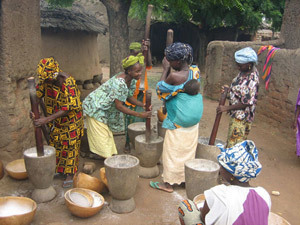 As French forces continue battling Islamist militants in Mali and the international policy community debates additional foreign intervention, the voices of those most affected by this political instability are rarely heard — until now.

University of Notre Dame Political Scientist Jaimie Bleck, who specializes in Malian politics, has completed extensive research in Mali where she interviewed some 600 Malian villagers living on the border of rebel-claimed territory.

“While the entire world focuses on Mali’s political crises, our research found that most rural Malians were more concerned with the humanitarian and infrastructure challenges they face every day. Living in the context of extreme drought and famine, without access to roads or health clinics, governance issues become secondary,” said Bleck.

In the summer of 2012, Bleck and Notre Dame colleague Kristin Michelitch polled ordinary people in Mali most likely to be affected by foreign intervention, having them weigh in on topics such as the importance of restoring democracy before retaking the North; whether it would be worth fighting a war to re-unify the country or better to peacefully separate; and what they feel is the most important policy issue in their country. 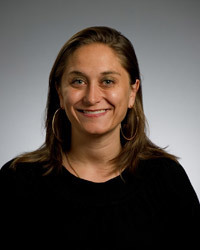 “When villagers were asked what they would prioritize if they were president of Mali, two months before the coup, 51 percent of respondents cited human development issues like health, education, agriculture and water as their priority as president, while 9 percent mentioned peace and security,” said Bleck and Michelitch.

“Three months after the coup and insurgency, the percentage of respondents citing human development needs rose to 67 percent while 14 percent said peace and security.”

Most tellingly, respondents were given the opportunity to record an open message to President Barack Obama about their needs. Despite the recent political upheaval, the vast majority of messages reference humanitarian relief and basic infrastructure rather than aid in resolving either of the ongoing political crises.

“One respondent articulated the primacy of these basic needs by saying, ‘We are hungry and we don’t have water. Someone who doesn’t have food to eat or water to drink does not even have a life to live. So we ask for humanitarian aid from President Obama. We count on his good faith and willingness to get us out of this poverty.’”

Many referencing the political crises were predominantly concerned with the effect on their basic livelihoods. One respondent said, “President Obama, here we are hungry. We want you to bring us food. The rebels tire us a lot, our goats, our cattle can no longer be brought to graze in the North because they risk being stolen. Do your best to quickly help us.”