“Most people who are interested in the Troubles focus on the 4,000 deaths,” says Christian Davenport, professor of peace studies, political science and sociology at the University of Notre Dame’s Kroc Institute for International Peace Studies.

An expert on political conflict, human rights violations, genocide and government repression, Davenport for the past five years has been using quantitative research methods to study the ethno-political conflict that took place in Northern Ireland between 1968 and 1998.

“I thought much of the story was being missed,” Davenport says. “Yes, many died and suffered from direct violence. But, also millions of people were stopped on the street and searched. There were tens of thousands of home invasions, daily harassment, curfews and Martial Law.” 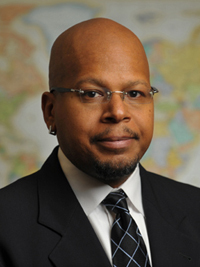 Davenport set out to fully document the whole conflict and to examine individual stories of how families related to and were influenced by the violence. He spent months gathering information at Belfast’s Linen Hall Library, one of only a handful of downtown buildings that wasn’t bombed and which offered the “perfect storm” of available documentation and access to people, according to Davenport.

“All the different parties were coming into the library on a regular basis,” he said, “The British, Protestants, Loyalists, Republicans, Catholics… This gave us access to people who lived through the violence, as well as detailed documents from all sides. No one has ever brought this information together to see how it’s all related.”

Focused on Belfast (a center-point of the conflict), Davenport and his research team analyzed legal cases, newspaper articles, human rights reports, government records and eye-witness testimony to identify what took place during the Troubles. Working with Relatives for Justice, an organization that helps people who suffered losses during the Troubles, Davenport arranged videotaped interviews with some 70 people about the details of their lives before, during and after the conflict.

The video footage captures victims’ painful and graphic memories. “The next thing I remember is my left leg flew off,” one man shared.

In addition to plans to write at least one book on his findings, Davenport is working with Notre Dame’s Center for Research Computing to create an interactive Web site as well as an installation on campus where people can access the videos and data. He eventually would also like to create similar installations in Northern Ireland and Great Britain in an effort to provide a deeper understanding of the conflict and its impact on the communities and political systems. Additional information on Davenport’s research is available here.

“We’re getting communities to speak about things they haven’t discussed before,” Davenport says. “In a sense, we’re facilitating truth and reconciliation.”