The University of Notre Dame’s Office of Research has added three top professionals in research and government relations to its Washington, D.C., office. The three will focus on furthering the University’s work in the area of federal research development.

“We are very pleased to have three top-caliber individuals such as Dr. Olsen, Adm. Carr and Gen. Latiff join our team. Their experience and skill will greatly enhance our ability to identify opportunities where our research programs can be a powerful force for good,” said Robert Bernhard, the University’s vice president for research. “In addition, it is a pleasure to be associated with such fine individuals who share our vision as we work toward advancing the research programs of a great Catholic university.” 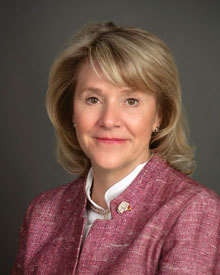 Formerly deputy director of the National Science Foundation, Olsen is the principal of the consulting firm ScienceWorks, which focuses on helping individuals and organizations to succeed in science and engineering research. She previously served as associate director and deputy of science in the Office of Science and Technology Policy in the Executive Office of President George W. Bush, and as a chief scientist at NASA. A graduate of Chatham College, Olsen earned her doctoral degree in biological sciences from the University of California, Irvine.

“I’m thrilled to be associated with a great institution like Notre Dame,” Olsen said. “I am impressed with the high quality of the science and engineering and Notre Dame’s strong tradition of integrating research with education.” 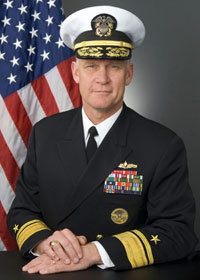 Carr’s distinguished career in the U.S. Navy was spent largely at sea in combatant ships, and included travel to just about every sea and continent. Ashore, he held a variety of positions in Washington, including deputy assistant secretary of the Navy International Programs, where he was responsible for the Navy’s international partner-building efforts through training, cooperative development and Foreign Military Sales. In 2008, he was assigned as the 22nd Chief of Naval Research, overseeing the Navy and Marine Corps’ $2 billion investment in science and technology. He graduated from the U.S. Naval Academy and the Naval Postgraduate School, and completed the Advanced Management Program at Harvard Business School.

“It’s an honor and a privilege to work with the vibrant research program at Notre Dame,” Carr said. “Many technologies developed by the military, especially for austere environments, can be used for a variety of purposes that support the University’s work.” 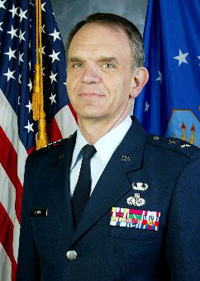 As deputy director for system engineering in the U.S. National Reconnaissance Office (NRO), Latiff managed the NRO acquisition process and was the functional manager for NRO-wide systems engineering. A three-time Notre Dame graduate, he earned his bachelor’s degree in physics and his master’s and doctoral degrees in materials science in 1971, 1973 and 1974, respectively. He has served on the staffs of U.S. Air Force Headquarters and the Secretary of the Air Force and as director of advanced systems and technology for the NRO, leading a team of scientists, engineers and futurists engaged in advanced research, applied technology and technology demonstration programs for the nation’s space reconnaissance program.

“I am honored to be able to serve Notre Dame in this way, and look forward to working with this great team on behalf of the University,” Latiff said.