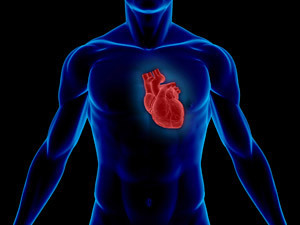 A new study conducted by a team of scientists led by Giles Duffield, assistant professor of biological sciences and a member of the Eck Institute for Global Health at the University of Notre Dame, focuses on the circadian clock of the heart, using cultured heart tissue. The results of the new study have implications for cardiovascular health, including daily changes in responses to stress and the effect of long-term rotational shift work.

Previous studies by a research group at the University of Geneva demonstrated a role for glucocorticoids in shifting the biological clock, and characterized this effect in the liver.

The new Notre Dame study, which appears in the Oct. 23 edition of the journal PLoS ONE, reveals that time-of-day specific treatment with a synthetic glucocorticoid, known as dexamethasone, could shift the circadian rhythms of atria samples, but the time-specific effect on the direction of the shifts was different from the liver. For example, when glucocorticoid treatment produces advances of the liver clock, in the atria it produces delays.

“We treated cardiac atrial explants around the clock and produced what is known as a phase response curve, showing the magnitude of the shifting of the clock dependent upon the time of day the treatment is delivered,” Duffield said.

Glucocorticoids are steroid hormones produced by the adrenal cortex that then circulate in the blood and regulate aspects of glucose metabolism and immune system function, among other things. Glucocorticoid receptors (GRs) that are activated by the hormone are found in many of our bodies’ cells.

The researchers determined the temporal state of the circadian clock by monitoring the rhythmic expression of clock genes period 1 and period 2 in living tissues derived from transgenic mice.

“Our data highlights the sensitivity of the body’s major organs to GR signaling, and in particular the heart,” Duffield said. “This could be problematic for users of synthetic glucocorticoids, often used to treat chronic inflammation. Also the differences we observe between important organ systems such as the heart and liver might explain some of the internal disturbance to the synchrony between these tissues that contain their own internal clocks that can occur during shift-work and jet lag. For example, at some point in the time zone transition, your brain might be in the time zone of Sydney, Australia; your heart in Hawaii; and your liver still in Los Angeles. It is important to note that approximately 16 percent of the U.S. and European workforces undertake some form of shift work. 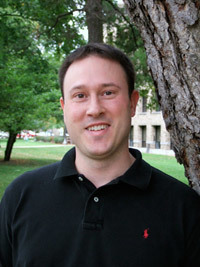 “Circadian biologists often are thought to be focused on finding a cure to actual ‘jet lag,’ when in fact, certain types of shift work schedules are effectively producing a jet lag response in our body on a weekly basis, and therefore this chronically influences a large part of our population in the modern industrialized world.”

The other interesting finding was that even removing and replacing the chemically defined tissue growth media (including using the same medium sample) produced shifts of the circadian clock, although these were somewhat smaller shifts than those produced by the synthetic glucocorticoid treatment.

The authors make an interesting proposal: that these “media exchange” shifts are in part caused by mechanical stimulation to the heart tissue produced by simply removing and replacing the very same media. Although the research is in its early phase, the hypothesis does highlight the potential for mechanical stretch of the atria to be a mechanism through which the circadian clock of the heart could be shifted to a new phase of the 24-hour day. There are in fact precedents for this, in that the walls of the cardiac atria already contain stretch receptors that are associated with the control of atrial natriuretic peptide hormone release.

“Lest we forget, the heart by nature is mechanical, serving as the pump for the cardiovascular system,” Duffield said.

Simple rigorous exercise in healthy people or stress that can raise heart rate and increase cardiac stroke volume (through activation of the sympathetic nervous system) might produce such a phase-shifting effect by acting through such a stretch mechanism. Further, this response is likely to be time-of-day specific, and the phase response curve to medium treatment that the authors generated in vitro would also predict at what time of the 24-hour day such shifts might occur.

The authors are, however, cautious about the interpretation of their data, as much of this mechanical shift hypothesis has yet to be tested.

It is already known that the heart contains a cell-autonomous biological clock and that there are changes across the 24-hour day in cardiac function such as tissue remodeling, what cultured heart muscle cells known as cardiomyocytes metabolize, and differences in responses to physiological demands. The incidence of cardiovascular illness changes over the 24-hour day, with most heart attacks occurring in the morning. Obviously the results of the new study have implications for cardiovascular health, including daily changes in responses to stress and the effect of long-term rotational shift work.

“Put simply, many of our organ systems, specialized in their own way to serve particular functions, are effectively different in their activities and responses across the 24-hour day,” said Duffield. “The circadian clock controls these rhythmic processes in each cell and tissue. The components of our body such as the heart, liver and brain can be divided up as to function differentially not only in a spatial sense, but also temporally.”

Duffield, the scientific team principle investigator, stressed that the work was a team effort and highlights the important contributions of postdoctoral researcher Daan van der Veen, now a lecturer at the University of Surrey, United Kingdom, and two visiting graduate students from Nankai University, China: Yang Xi and Jinping Shao, who is now a lecturer at Zhengzhou University School of Medicine. The work was funded by grants from the American Heart Association and the National Institute of General Medical Sciences.

Information on the University of Geneva group’s research can be found here.