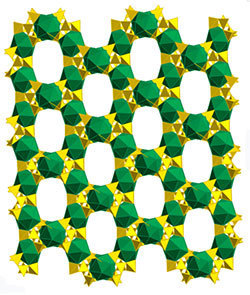 While the costs associated with storing nuclear waste and the possibility of it leaching into the environment remain legitimate concerns, they may no longer be obstacles on the road to cleaner energy.

A new paper by researchers at the University of Notre Dame, led by Thomas E. Albrecht-Schmitt, professor of civil engineering and geological sciences and concurrent professor of chemistry and biochemistry, showcases Notre Dame Thorium Borate-1 (NDTB-1) as a crystalline compound that can be tailored to safely absorb radioactive ions from nuclear waste streams. Once captured, the radioactive ions can then be exchanged for higher-charged species of a similar size, recycling the material for re-use.

If one considers that the radionuclide technetium (99Tc) is present in the nuclear waste at most storage sites around the world, the math becomes simple. There are more than 436 nuclear power plants operating in 30 countries; that is a lot of nuclear waste. In fact, approximately 305 metric tons of 99Tc were generated from nuclear reactors and weapons testing from 1943 through 2010. Its safe storage has been an issue for decades. 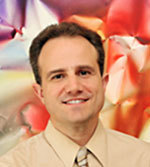 “The framework of the NDTB-1 is key,” says Albrecht-Schmitt. “Each crystal contains a framework of channels and cages featuring billions of tiny pores, which allow for the interchange of anions with a variety of environmental contaminants, especially those used in the nuclear industry, such as chromate and pertechnetate.”

Albrecht-Schmitt’s team has concluded successful laboratory studies using the NDTB-1 crystals, during which they removed approximately 96 percent of 99Tc. Additional field tests conducted at the Savannah River National Laboratory in Aiken, S.C., and discussed in the paper have shown that the Notre Dame compound successfully removes 99Tc from nuclear waste and also exhibits positive exchange selectivity for greater efficiency.

The paper appears in the journal Advanced Functional Materials.