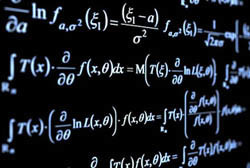 Could a math problem hold the key for curing cancer? How about predicting the stock market? A newly created department at the University of Notre Dame is using the tools of applied mathematics to solve real world problems, including insights into blood clot formation and the spread of cancer, forecasting the behavior of stock markets and modeling environmental phenomena.

The new Department of Applied and Computational Mathematics and Statistics in the Notre Dame College of Science will provide students with access to a growing and increasingly important field of study. The Chronicle of Higher Education recently reported that the related field of computational science is one of the top five up and coming majors and statistician and bioinformatics rank highly in job opportunity surveys.

The new bachelor of science in applied and computational mathematics and statistics and a graduate program in the same discipline are designed to produce professionals who can solve important real world problems by building and using mathematical models of phenomena ranging from biology to physics, engineering, economics and business to explain relationships and simulate how the phenomena will behave. 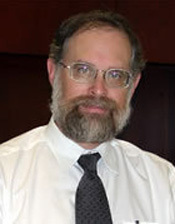 The most realistic models need to be built using computational methods — special mathematical methods that are executed on computers, according to Steven Buechler, a professor of mathematics and chair of the new department, who is using such techniques to help develop an understanding of the risk of relapse in breast cancer patients. The models he is developing will help identify patients who can safely forego chemotherapy, sparing these women from its toxic side effects.

“Computation is becoming a scientific method equal in power and importance to theory and experiment,” Buechler said.

“We learn about many phenomena by collecting data, such as gene sequencing, measurements of climatic change and trends in stock prices,” Buechler said. “Technology is enabling increased richness of data and the ability to analyze it realistically.”

Another Notre Dame researcher, Mark Alber, Duncan Family Professor of Applied Mathematics, is using the techniques of the field to provide important clues about blood clot formation and the spread of infection.

The new department was approved by the University’s Academic Council in March and officially came into existence on July 1. Six faculty members moved from the Department of Mathematics to the new department and three new statistics faculty will be hired this year.

More information on the new department and major can be found at acms.nd.edu.