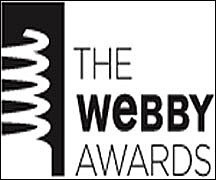 The University of Notre Dame has been designated an official honoree in the 2008 Webby Awards for its redesign of the Universitys main Web site, http://nd.edu. .

Selected from a pool of some 10,000 entries, the Notre Dame team, which consists of a number of departments in the Office of Public Affairs and Communication, was honored in theSchoolcategory for demonstrating a standard of excellence and remarkable achievement. Fewer than 15 percent of entries – which came from more than 60 countries and all 50 states – were chosen to receive the honor.

The Webby Awards honor the outstanding work that is setting the standards for the Internet,said David-Michel Davies, executive director of the Webby Awards.The selection of nd.edu as an official honoree is a testament to the skill, ingenuity and vision of its creators.

Launched in August 2007, the redesigned nd.edu gives an immersive look into life at Notre Dame, from world-changing research to the unique student experience to academic and service programs across the country and around the world. It features a layered, multimedia experience that gives users immediate access to the voices and stories of engaged students and accomplished researchers, prominently utilizing a revolving carousel of video features designed to accommodate the changing way visitors seek and absorb information.

Hailed as theOscars of the Internetby the New York Times, the Webby Awards honor excellence on the Internet, including Web sites, interactive advertising, online film and video and mobile Web sites. The awards are judged by the International Academy of Digital Arts and Sciences, a global organization comprised of artists, Web and media creators, and Internet executives.