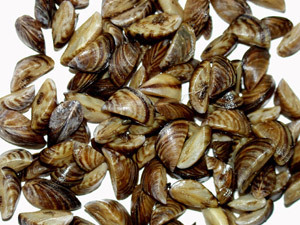 The University of Notre Dame has received a $599,931 Environmental Protection Agency grant under the Great Lakes Restoration Initiative to develop technologies for the early detection of invasive species using environmental DNA.

Environmental DNA refers to all types of tissue samples collected by filtering water from aquatic environments, such as sloughed cells, microscopic organisms or extracellular DNA from degraded tissues. This process, in combination with species-specific molecular genetic tools, has been successfully used to detect Asian carp.

Research under the grant funding also will focus on where to best detect each invasive species in aquatic environments, since they differ ecologically in their habitats. For example, crayfish may spend more time toward the bottom of the water column, and fish toward the surface.

Another focus of the research will be on the longevity of the environmental DNA signal, which will test how long detection can be useful after an invasive species has moved on.

Notre Dame physicists Carol Tanner and Steven Ruggiero collaborate with Notre Dame biologists to use molecular genetic tools and a new technique called laser transmission spectroscopy (LTS) to rapidly detect species-specific DNA. This technology, which fits in a small suitcase and can run off a car’s battery, will be tested as a method to generate early detection in the field at sites where invasive species are suspected.

The Great Lakes Initiative grant will fund research in labs, at the new Notre Dame Linked Experimental Ecosystem Facility (ND LEEF) at St. Patrick’s County Park and in field experiments in aquatic environments known to have invasive species as well as those that have not yet shown evidence of an invasion.