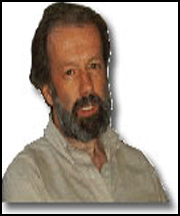 Ian Carmichael, a professional specialist in the University of Notre Dames Radiation Laboratory, has been appointed director of the laboratory. He also will serve as a professor in the Universitys Department of Chemistry and Biochemistry.p. Carmichael replaces Dan Meisel, who served as director of the laboratory from 1998 to 2003. Meisel continues to serve on the laboratorys faculty.p. The Notre Dame Radiation Laboratory is the premier research laboratory in the United States for radiation chemistry— the study of chemical reactions induced by ionizing radiation. The passage of radiation through a medium leaves a track of excited states, ions, free electrons and radicals, which then react with molecules in the medium to produce the processes studied in the laboratory. All of the studies conducted at Notre Dame are related to energy production or its environmental implications.p. Carmichaels research interests lie in the area of theoretical studies of reactive intermediates, including quantum chemical studies of reactive intermediates, magnetic interactions in molecular species and theories of radiation and photochemical transformations.p. Carmichael earned his bachelors and doctoral degrees from the University of Glasgow, Scotland. He joined the Radiation Laboratory in 1976 as a research associate and served as an assistant and associate professional specialist before his promotion to professional specialist in 2001. A frequent presenter at conferences and symposia, Carmichael is the author of more than 40 journal articles and a co-author of the textbookHandbook of Photochemistry.p. Notre Dames Radiation Laboratory evolved from the World War II Manhattan Project. It was established in 1949 by Milton Burton, a University professor, with support from the U.S. Atomic Energy Commission.p. As part of the Manhattan Project, the U.S. government needed an electron accelerator to investigate the effects of radiation on matter. The most suitable machine for these studies was located in the Universitys Physics Department and the government commandeered the machine and commissioned Burton to explore the chemical effects of ionizing radiation.p. At the end of World War II, the University invited Burton to return as a member of the Department of Chemistry faculty, and radiation chemistry has been a Notre Dame strength since that time.p. The current Radiation Laboratory building opened in 1964. The laboratory is operated by the University under contract with the U.S. Department of Energy, the Office of Basic Energy Services and the Division of Chemical Sciences.p.