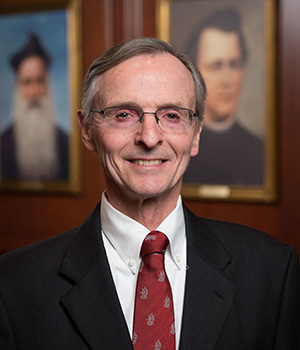 Archaeologists on Wednesday (Feb. 8) announced the discovery of what’s billed as a new Dead Sea Scrolls cave, the first such cave found since 1956. The archaeologists reported finding broken pottery jars that once held scrolls, along with lids and other tools, in the cave near a site called Khirbet Qumran. The parchment scrolls had been looted years earlier, archaeologists said.

While some observers are hailing this find as the 12th Dead Sea Scrolls cave, James VanderKam, a leading Dead Sea Scrolls scholar and John A. O’Brien Professor Emeritus of Hebrew Scriptures at the University of Notre Dame, cautions that the findings need to be placed “in context.”

“In 1952, after the earliest scrolls finds, archaeologists made a survey of hundreds of caves and openings in the general vicinity of Khirbet Qumran,” VanderKam says. “Some 230 of them contained nothing of interest, but 26 housed pottery like that found in the first scrolls cave. The most recent find appears to be another one like those explored in 1952, although it does seem to have more direct evidence that scrolls were at one time lodged in the cave.”

VanderKam notes that the discovery is intriguing, but says more needs to be determined from the archaeologists’ findings.

“As with any archaeological discovery, it is great to have the new information. It is also of considerable interest that the cave is in the Qumran area,” he says. “However, given the fact that other caves in the district, besides the 11 that held the Dead Sea Scrolls, contained pottery of the same sort as Qumran Cave 1, it seems a bit premature to call it Qumran Cave 12. The people of the scrolls apparently used a fairly extensive area around Khirbet Qumran, so it is not surprising if there would be evidence of their presence in additional nearby caves.”

“I look forward to learning more details about the finds in the cave, such as the dates of the various items discovered. And, if scrolls were once stored in the jars and have been removed, I really hope they can be located and made available for study.”