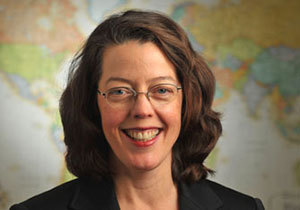 What is war? The question is more than academic, says international law expert Mary Ellen O’Connell. Without a clear definition of war or armed conflict, governments can simply claim they are at war in order to justify actions — killings, arrests, detentions — that otherwise would be condemned and prohibited by international law.

O’Connell’s new edited volume, “What Is War? An Investigation in the Wake of 9/11,” just released by Martinus Nijhoff Publishers, “makes concrete the fact that armed conflict is legally defined as ‘war’ only when there is actual fighting by organized groups at a certain level of intensity on the battlefield,” O’Connell says.

O’Connell is the Robert and Marion Short Professor of Law at Notre Dame Law School and Professor of Conflict Resolution at the University of Notre Dame’s Kroc Institute for International Peace Studies. Attempts were made after 9/11 to inappropriately expand the definition of war, O’Connell says, when the U.S. and a few other governments began calling terrorism “war” — as in “the global war on terror.” Terrorist attacks are criminal and must be addressed, she said, “but simply calling them ‘war’ does not make them so.”

In 2005, the International Law Association set up a study committee, chaired by O’Connell, with a mandate to report on the definition of war in international law. As part of the investigation, O’Connell in 2007 directed a conference at Notre Dame, funded by Notre Dame’s Kroc Institute and The Ohio State University’s Mershon Center for International Security Studies, which brought together legal experts with political scientists, military historians, ethicists, journalists and peace researchers.

O’Connell earned law degrees at Cambridge and Columbia universities and is the author and co-author of numerous publications, including “The Power and Purpose of International Law” and “Redefining Sovereignty: The Use of Force After the End of the Cold War.”

Nimble and steady on their feet: Next-generation legged robots