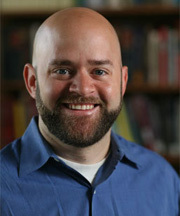 The document, whose title,“Dignitas Personae,”is Latin for"the dignity of a person,"was issued by the Vatican Congregation for the Doctrine of the Faith to respond to bioethical issues which have arisen in the 21 years since its last such instruction.

According to O. Carter Snead, associate professor of law in the University of Notre Dame’s Law School,“the breadth of the instruction is striking; it covers a whole host of new technologiesassisted reproduction techniques (and adjuncts), embryo research, cloning, gene therapy, and the like.”

Snead, having read the document closely, stressed the difficulty of commenting briefly on such an extensive teaching.

“The most noteworthy feature to me about the new instruction is that even though it makes very strong moral claims, the arguments set forth in support of these claims fully respect public reason,”Snead said.“That is, the arguments follow from premises that can be readily understood and accepted or rejected on their own merits by believers and nonbelievers alike.”

As an example Snead cited the injunction against embryo-destructive research.

“The Church’s argument here is essentially based on two premises,”he said.“The first is that the human embryo is an organisma living, complete, integrated, whole, self-directing member of the species homo sapiens that will, if given the proper environment, move itself along a trajectory of growth to the next stage of maturity.The second is that all human beings, merely by virtue of their humanity, are entitled to basic moral respect that, at least, precludes others from destroying them for their own purposes.All human beings are owed this minimum moral respect because of who they are; it is manifestly not a function of their having a particular set of preferred capacities, their state of vulnerability or dependence, their location, or the extent to which they are useful to or are esteemed by someone else.Taken together, these premises lead the Church to conclude that human embryos should not be destroyed for purposes of scientific research.”

Whether one agrees or disagrees with the argument, Snead said, it is"clearly not an argument based on revelation or dogma.It is an eminently reasonable claim that can be understood and digested by all.The premise that a human embryo is a living organism of the species homo sapiens is confirmed by modern embryology.The premise that all human beings are radically equal is an axiom that should be quite familiar to all Americans; the same concept figures prominently in the principles of classical liberalism that undergird our own fundamental laws.The Church’s argument about embryo-destructive research is thus well suited for public debate in a pluralistic society such as our own."

A member of the Notre Dame faculty since 2005, Snead specializes in the relationship between bioethics and the law.He is the former general counsel for the President’s Council on Bioethics, a White House advisory committee, and the principal author of the council’s 2004 report on the regulation of new biotechnologies affecting assisted reproduction, human embryo research and genetics.Last year he was appointed, along with Edmund Pellegrino, chair of the President’s Council on Bioethics, to be the permanent observer for the U.S. government at the Council of Europe’s Steering Committee on Bioethics (CDBI). He recently was appointed to a four-year term on UNESCO’s International Bioethics Committee, a 36-member body of independent experts that advises member states on bioethics, law and public policy.