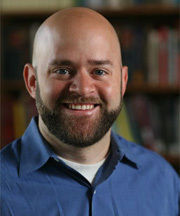 One unprecedented result of President Obama’s decision to abolish restrictions on funding for human embryonic stem cell research is that the U.S. government now compels taxpayers to promote research involving the creation, use and destruction of human embryos, according to O. Carter Snead, associate professor of law at the University of Notre Dame.

“This is the latest in a regrettable series of developments demonstrating that President Obama does not intend to pursue common ground solutions on matters touching and concerning the moral and legal status of human beings at the beginning of their lives,” Snead said.

“By taking this action, President Obama has moved the federal government from a longstanding position of neutrality regarding the morality of embryo research to a position of unambiguous endorsement and support,” he added. “Unlike in the area of abortion, where some have expressed the hope that President Obama’s policies would lead to a decrease in its incidence, in this context, the president’s policies are intentionally meant to increase the number of human embryos destroyed in research, all at taxpayer expense.”

Snead formerly served as general counsel for the President’s Council on Bioethics and as permanent observer for the U.S. government with the Council of Europe’s Steering Committee on Bioethics. He is currently serving a four-year term on UNESCO’s International Bioethics Committee.