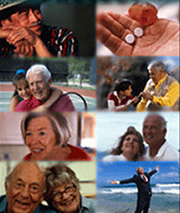 Starting next year, workers will have another retirement savings option – the Roth 401(k), which allows tax-free withdrawal of savings upon retirement. % %

The law making these accounts available will go into effect Jan.1, and a few companies will be prepared to offer them to employees at that time; others will offer them later in the year.

Unlike traditional 401(k) accounts – which allow workers to save and invest some of their money before paying taxes but are taxed when the money is withdrawn – the Roth 401(k), which is modeled on the Roth individual retirement account, requires workers to pay tax on their earnings before saving the money. %% In exchange, the money can be withdrawn tax-free.

The Roth 401(k) is most likely to be an attractive option for those who expect to be paying a higher tax rate in retirement than they do today,according to Jim Sullivan, an assistant professor of economics at the University of Notre Dame who specializes in labor economics and public finance.

For example, younger workers who expect their retirement income to be higher than their current income could benefit from contributing to a Roth 401(k) rather than a traditional 401(k). %% Another reason to contribute to a Roth 401(k) is if you expect that the government will raise income tax rates in the future,Sullivan added.

Though a tax-free withdrawal has its appeal, it isnt the best option for everyone.

Contributing to a Roth 401(k) may not be beneficial to taxpayers who are eligible for certain tax breaks that are based on taxable income,Sullivan explained. %% Families with income in excess of $110,000 may qualify for a larger child taxcredit if they reduce their taxable income by contributing to a traditional 401(k).

Contributions to a Roth 401(k) will not help in this case because these contributions do not reduce current taxable income.

The Associated Press contributed to this story.