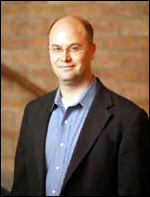 Garnett, who knows and has long admired Judge Roberts, said that President Bushhas demonstrated his respect for the law, the courts, and the Constitution by nominating Judge John Roberts, a true lawyer’s lawyer,to theSupreme Court.

Roberts is a brilliant, careful, and wonderfully gifted lawyer,Garnett said.Everyone familiar with his work, whether he or she is left, right, or center, acknowledges Roberts as one of the best appellate lawyers of his generation.Americans should be pleased and proud; Roberts is the kind of judge, with the kind of gifts, that the Supreme Court deserves."