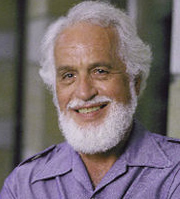 Denis A. Goulet, professor emeritus of economics and policy studies and William and Dorothy O’Neill Chair in Education for Justice at the University of Notre Dame, died Dec. 26 at St. Joseph Regional Medical Center in South Bend. He was75 years old.

Goulet, a native of Fall River, Mass., joined the Notre Dame faculty in 1979.He earned bachelors and masters degrees in philosophy from St. Pauls College in 1956; a masters degree in social planning from IRFED in Paris in 1960; and a doctoral degree in political science from the University of São Paulo, Brazil, in 1963.He married AnaMaria Reynaldo of Recife, Brazil, the following year.

A pioneer in the interdisciplinary study of development ethics, Goulet, who often described himself as aphilosopher of development,conducted field research in Algeria, Lebanon, Brazil, Guinea-Bissau, Sri Lanka and Mexico.He wrote more than 160 articles and 11 books, includingThe Cruel Choice: A New Concept in the Theory of Development,The Uncertain Promise: Value Conflicts in Technology Transferand, most recently,Development Ethics at Work: Explorations 1960-2002.At Notre Dame, in addition to holding the O’Neill Chair for Education for Justice, he was a faculty fellow of the Kellogg Institute for International Studies, the Joan B. Kroc Institute for International Peace Studies, and the Nanovic Institute for European Studies.

A much admired lecturer with an endearing weakness for puns and wordplay, Goulet was profoundly influenced by the writings and example of such intensely religious French intellectuals as Charles de Foucauld, Simone Weil, and theworker priestsof the last century.In his career, thehunger and thirst for justiceexalted in Matthews gospel found precise and compelling academic description.

One former student praised Goulet as a teacherwho has this powerful intellect, can talk your ears off and leave your brain throbbing, but who will also just as easily, just as effortlessly, just as naturally, approach one of his daughters, stroke her hair, take her face in his hands and smile into her eyes like he’s beholding the greatest creation of allintellect, affection, loveall in one person, all to a profound level.

Goulet is survived by his wife, AnaMaria, their daughters, Andrea and Sinane; sons-in-law, Jed Esty of Champaign, Ill., and Eric Anderson of Chicago; four grandchildren; and two brothers, Bernard Goulet of Florida and Jean-Louis Goulet of New Hampshire.A few days before he died, he pronounced himself to a visiting friendthe luckiest man in the world.

A funeral Mass will be celebrated at the Basilica of the Sacred Heart at 3:30 p.m. today (Jan. 2), preceded by a visitation at 2:30 p.m.The family has requested, in lieu of flowers, that contributions in Goulet’s memory be made to Amnesty International or Doctors Without Borders.