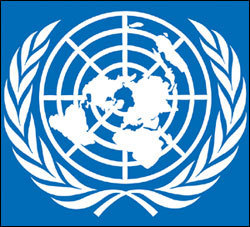 In 2000, the United Nations estimated that more than a billion people worldwide lived in extreme poverty, a condition that organization described as “abject and dehumanizing” – translating into starvation, disease and death.

In that same year, 189 world leaders came together at U.N. Headquarters in New York to commit their nations to a new global partnership dedicated to alleviating dire poverty. They created “eight goals for humanity” to be accomplished by 2015, which came to be known as the Millennium Development Goals, a concerted effort to help the least advantaged among the world’s population.

These goals are the subject of a major conference to be held at the University of Notre Dame on March 20 to 22. “The U.N. Millennium Development Goals: The Global Compact and the Common Good” will bring together academic scholars, executives from top companies, government officials and U.N. representatives to discuss the practical as well as conceptual issues involved in world poverty.

The event is free to students and faculty. The public is welcome to attend, but there is a fee for meals. Registration and more information can be found here.

The conference is being convened by the U.N. Global Compact Office, the Mendoza College’s Center for Ethics and Religious Values and the U.N. Principles for Responsible Management Education (PRME).

U.N. Secretary-General Ban Ki-Moon sent a letter of congratulations to Notre Dame for hosting the conference, which will be included in the program.

“The main objective of the conference is to help people understand that business serves the common good on at least two levels,” said Rev. Oliver Williams, C.S.C., director of Notre Dame’s Center for Ethics and Religious Values in Business, located within the Mendoza College of Business. “On one hand, just producing goods and services – doing what business does – is a great service to the common good. We have a relatively high standard of living today because of the innovation and creativity of business operating through the markets and incentives of capitalism.”

The second level, said Father Williams, is for business to serve the common good by helping the many who are not even in the market because they lack marketable skills and the resources to acquire them. This population is the primary target of the Millennium Goals, which has made a concerted effort in recent years to provide a “hand up” rather than a handout, he added.

“In many countries, a company’s deep commitment in areas such as infrastructure development, local capacity-building, education, health, job creation, disaster relief and more can serve as far more than philanthropy,” said keynote speaker Georg Kell, executive director of the U.N. Global Compact Office in New York City. “These efforts can address aspects of the societal context that are lacking or insufficient—voids which can greatly impact a company’s ability to operate, compete and thrive. I welcome the leadership by the Mendoza College of Business at the University of Notre Dame, which has been an important academic partner of the U.N. Global Compact and PRME, for convening this conference.”

As part of the conference, Carolyn Y. Woo, the Martin J. Gillen Dean of the Mendoza College, will serve as part of panel discussion of PRME, a U.N. initiative launched in 2007 intended to renew the vision of b-school education to include business’ impact on the human community. Notre Dame was one of the first to sign the initiative, which now has more than 300 business schools representing 62 countries as signatories.

• Georg Kell, executive director of the U.N. Global Compact, a strategic policy initiative for businesses committed to 10 principles in the areas of human rights, labor, the environment and anti-corruption

• Sir Mark Moody-Stuart, chairman of the board of the U.N. Global Compact Foundation and former chairman of Royal Dutch Shell

• Mark R. Kennedy, former three-term member of the U.S. House of representatives and a former senior executive with the Macy’s department store chain.

Some of the top companies participating in the conference include Microsoft, Nestlé, KPMG, Novartis, Alcoa, Symantec, Coca-Cola, Levi Strauss and Deloitte & Touch. Corporate leaders who will be presenting their companies’ efforts toward social responsibility include Dr. Themba Moeti, managing director of the African Comprehensive HIV/AIDS Partnerships for pharmaceutical giant Merck & Co., and Scott Mitchell, a vice president at Sumitomo Chemical America, makers of the anti-malarial Olyset Nets.

The event is presented in conjunction with the Notre Dame Forum: The Global Marketplace and the Common Good, which is a yearlong series of speakers, presentations, discussions and other activities intended to examine the role of ethics, morals and values in the rebuilding and reshaping of the global economy.

Additional information about “The U.N. Millennium Development Goals: The Global Compact and the Common Good" is available here