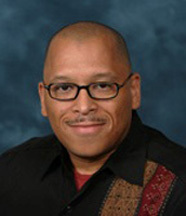 But this recent swing in polling numbers is not due to a skewed sampling pool or response effects – both of which can influence polling numbers and inflate actual results, says Darren Davis, a University of Notre Dame political scientist and nationally known expert on public opinion and political behavior. For instance, polling taken the day before the New Hampshire primary indicated a 10-point lead for Obama that turned into a 3-point deficit once results were tabulated.

This time, there is enough evidence to suggest that Barack Obamas recent surge may not be a data artifact, but a real increase in support,says Davis, who specializes in political polling.

So what happened to give Obama the recent lead?

The economy happened,says Davis,particularly problems in the financial markets and the proposed government bailout of financial institutions.I think this surge for Obama is probably real because he has been perceived in previous polls as the candidate better able to deal with economic issues, while McCain has received higher ratings in international security.

The recent poll validates this perception, with Obama getting 54 percent support from those people most anxious about the economy.

Another reason to think that this poll is correct is that most voters have made up their minds.While Republican voters are not switching to Obama – even over the economy – the surge is probably a response from reticent independents and Democrats,Davis says.