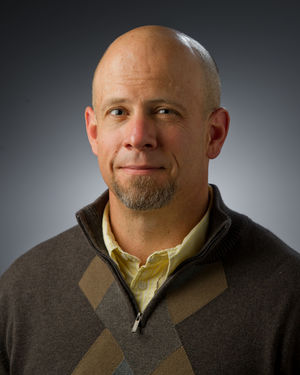 “The Revenant,” a movie nominated for 12 Oscars including for best picture and best actor, is a film inspired by the true story of mountain man Hugh Glass. According to the lore, Glass was severely wounded in a bear attack in the wilds of South Dakota. After his expedition party left him for dead, Glass crawled back to the Fort Kiowa trading post, looking for revenge.

The film, directed and co-written by Alejandro G. Iñárritu, stars Leonardo DiCaprio as Hugh Glass and Tom Hardy as one of the men in Glass’ party who abandon him. After the hardships of filming the movie in the Alaskan wilderness made news, the movie now is generating award season buzz, already winning three Golden Globes and cementing its spot Thursday (Jan. 14) as the most-nominated film of the 2016 Academy Awards.

Jon T. Coleman, professor of history at the University of Notre Dame and author of “Here Lies Hugh Glass: A Mountain Man, A Bear, and the Rise of the American Nation,” praised the movie’s beauty, ambition and creativity with its source material.

“The movie has some amazing historical moments, even if some of the story was make-believe,” Coleman said. “But in a way, that’s the most historical part: The Hugh Glass legend was part art from the beginning.”

Coleman has studied mountain men, those fur trappers and explorers who lived in the wilderness, and their place in building the concept of the Wild West. The suffering of men like Glass was a tale held on a pedestal to show American exceptionalism. “People like Glass helped Americans define their nation as different and exceptional. They wanted the nation to sprout from the soil and to be ingrained in people. This naturalizing process, however, wasn’t pleasant. People close to nature — working people — suffered.” 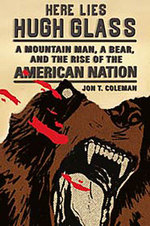 At the same time, far from accepting such tales as gospel, readers in Glass’ day questioned all the stories from the West. “The mountain men were seen as shifty liars even as people celebrated them as environmental Americans,” Coleman says. “That’s how cultural appropriation worked. They needed men like Glass to establish American exceptionalism, but they also wanted to quarantine them on the frontier. No one wanted Glass to come back.”

Coleman’s research and teaching at Notre Dame focus on early American history and the American West. He is also the author of “Vicious: Wolves and Men in America” (Yale University Press, 2004), winner of the W. Turrentine Jackson Award from the Western History Association and the John H. Dunning Prize from the American Historical Association.