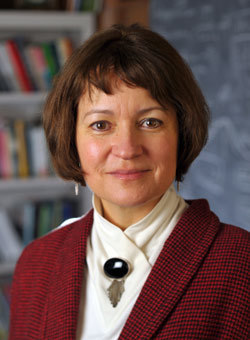 Absolutely, according to Darcia Narvaez, a University of Notre Dame psychology professor who researches the effect of violent video games on the developing brains of children and teens.

“There are multiple studies and converging evidence that violent media is detrimental to brain functioning in areas used for social and moral behavior,” says Narvaez, whose areas of expertise include moral and character development.

“The ruling demonstrates a deep misunderstanding of human character development and what video games provide. People develop their habits and personality through repeated experience, through the practice of behaviors. Video games provide the type of extensive practice that builds expertise – usually in real life contexts.”

Narvaez cautions that “rewarding” young video game players for murder, rape and shooting not only desensitizes them to victims of any kind, but it also facilitates the use of aggression in their social lives.

“Children build their lifelong personalities and habits by the practices in which they engage during childhood. The brain is developed from these practices, and practicing violence is not conducive to promoting pro-social citizenship in real life contexts.”

Contact: Dr. Narvaez’s comments may be used in whole or in part. She can be reached at dnarvaez@nd.edu.