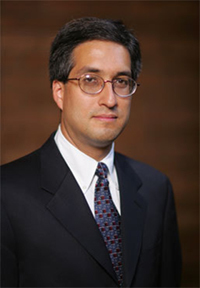 The Supreme Court of the United States agreed Feb. 19 (Tuesday) to take another look at well-established limits on campaign contributions.

The court agreed to hear McCutcheon v. Federal Election Commission — filed by a Republican donor and the Republican National Committee — which seeks to overturn limits on how much money a person can donate in any two-year period.

University of Notre Dame Law Professor Lloyd Mayer, whose areas of specialty include election law, says, “By indicating it plans to give a full hearing to the appeal, the Supreme Court has dropped the other shoe that has been hanging in the air since the court decided Citizens United v. Federal Election Commission in 2010. At issue is whether the existing federal and state limits on contributions to candidates and political parties are constitutional under the First Amendment.”

McCutcheon represents the first case since 2010 to reach the Supreme Court that challenges any aspect of those limits. A second case currently pending before the court — United States v. Danielczyk — challenges the ban on corporate contributions to candidates, but the court has not yet decided whether to hear the appeal of that case.

“The plaintiffs in McCutcheon are challenging the federal limits on the total contributions that an individual can make over a two-year election cycle to all federal candidates, currently set at $48,600, and to all political parties and political committees involved in federal elections, currently set at $74,600,” Mayer says. “The case presents an opportunity for the court to reconsider the sharp divide it established almost 40 years ago in Buckley v. Valeo between limits on contributions to candidates and parties, which the court concluded are generally constitutional, and limits on expenditures made independently of candidates and parties, which the court concluded generally are not constitutional."

In Citizens United, he says, “The court extended the latter conclusion to independent expenditures by corporations and unions, reasoning that the government’s strong interest in combating corruption and the appearance of corruption did not justify limiting such expenditures. The key issue McCutcheon raises is whether the aggregate contribution limits are justified by that interest even though limits on independent expenditures are not. If the Court answers this question no, it would allow individuals to give to an unlimited number of federal candidates and political groups and might also throw into question the constitutionality of the separate limits on contributions to any given candidate or political group.”