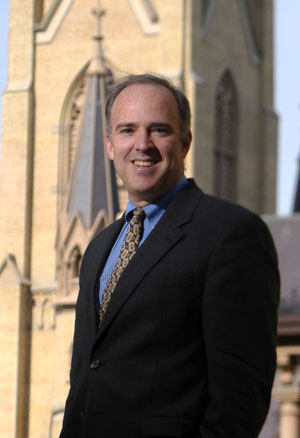 As some 100,000 people flee the town and region of Qaraqosh, the largest Christian town in Iraq, international attention is being drawn to a worldwide human rights violation that has received too little notice for too long, according to Daniel Philpott, professor of political science and peace studies and director of the University of Notre Dame’s Center for Civil and Human Rights.

Wednesday (Aug. 6), the Sunni militant organization Islamic State captured Qaraqosh, located in Iraq’s Nineveh province, following the retreat of Kurdish army forces. As they have in previously captured Iraqi towns, the militants have presented Christians and other minorities with the stark choices of flight, conversion to Sunni Islam or death.

“One of the most bitter consequences of the military victories of the Islamic State is the religious cleansing of Christians and other religious minorities from their ancestral homes,” Philpott said. “They are told to convert or die. One can only hope that these enormities will motivate Western media, governments and even churches to give far more attention to the global persecution of Christians than they have done heretofore.”

According to Philpott, “The denial of the religious freedom of Christians is one of the largest classes of human rights violations in the world today. Yet, the phenomenon is underreported in the mainstream media and the human rights community.”