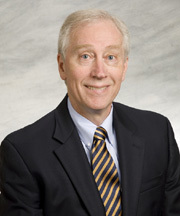 Ushering in a new era of openness, President Obama instituted some new rules onlobbyists’ relationships with government representatives ñ a good first step in establishing a foundation of ethics for his new administration, according to Patrick Murphy,C.R. Smith co-director of the Institute for Ethical Business Worldwide at the University of Notre Dame.

“In my study of corporations, leaders of highly ethical firms have the following practices: They set out and clarify ethical rules, they communicate them widely and they hold all members of the company accountable for following them,”says Murphy.

“Obama’s use of the words ‘honest,’ ‘transparent’ and ‘trustworthy’ ñ as they relate to government ñ clearly communicates a message of ethical values.And the fact that these rules were promulgated on his first full day in office signals the priority Obama gives to ethical behavior in his administration.

“Ultimately, though, like any other CEO, Obama’s success in breaking from ‘business as usual’ mold will be judged by whether these rules are practiced by his ‘employees.’”

It is not only important for him to set the tone at the top, but also that mechanisms are in place so that ethical behavior is reinforced and unethical actions are punished. If this occurs, his administration should be able to avoid some of the ethical pitfalls that have occurred in the past."

A professor of marketing, Murphy is the author of a book titled “Eighty Exemplary Ethics Statements,” in which he presents and comments on the codes of conduct at some of the world’s leading corporations and institutions. He is a fellow of the Ethics Resource Center in Washington, D.C.