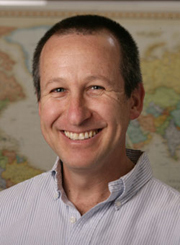 The recent leak of Palestinian documents pertaining to Israeli-Palestinian negotiations adds to the wave of other leaks of documents that have captured exaggerated attention, according to Asher Kaufman, associate professor of history and peace studies at the University of Notre Dame. “However, this may mark the first time Palestinian leadership was officially willing to reconcile with leaving certain communities under Israeli rule.”

The documents indicate that Palestinian negotiators were willing to allow most Jewish settlements/neighborhoods in East Jerusalem, including the Jewish Quarter in the Old City, to remain under Israeli control in a future peace deal that would divide Jerusalem between Israel and Palestine.

“This leak does not tell us much more than what the interested observer of the Israeli-Palestinian conflict would already know,” Kaufman says. “In practice, it is clear that this Palestinian concession would only be expected by Israel as a precondition for any successful conclusion of a peace deal.”

In 2000, President Clinton suggested a formula for a resolution in Jerusalem, proposing that what is Jewish would remain under Israeli control and what is Arab would become part of the State of Palestine.

“The land of these Jewish communities in East Jerusalem that would be incorporated into Israel, Clinton suggested, would be swapped in a 1:1 ratio with land inside Israel proper,” Kaufman says. “This matrix for a territorial compromise in Jerusalem is clear to all people who are interested in a two state solution for this conflict, and these documents confirm that Palestinian leadership is also aware of this matrix and is willing to follow it.

“The documents also affirm the fact that beyond the high rhetoric on the indivisibility and sacredness of Jerusalem claimed by both sides, Israeli and Palestinian leaders also understood that the city eventually needs to be part of the territorial compromise that would bring us closer to a lasting solution of this conflict,” he says. “The parameters of the territorial compromise, including in Jerusalem, are clear. The question that remains is how to get there when, on the one hand, the Israeli government and public are moving to the right and away from accepting this territorial compromise and, on the other hand, Palestinian leadership and society is weak and divided more than ever − incapable of making decisions that would be binding for all Palestinians in the West Bank, Gaza Strip and refugee diaspora communities.

A member of the Notre Dame faculty since 2005, Kaufman previously taught at Hebrew University in Jerusalem and served as a research fellow at the Harry S. Truman Research Institute for the Advancement of Peace, leading its Middle East Unit.

Media Advisory: Kaufman’s comments may be used in whole or in part. He is available for interviews and can be reached at 574-631-8213 or Kaufman.15@nd.edu