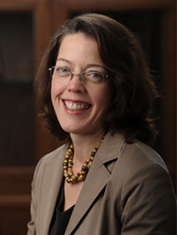 “Just one week after the election and the Obama camp is sounding like the Bush administration on Guantanamo Bay,”according to Mary Ellen O’Connell, Robert and Marion Short Professor of Law in the Notre Dame Law School.

“They are talking of a new ‘Security Court’ or the need to study the situation before taking action,”O’Connell said.“Obama’s advisers need to study their Geneva Conventionsthose solemn, binding treaties forbid cooking up new courts to try people after they have been detained.”

“The president-elect promised change and that should be change from violating international law. His advisers need to give him accurate advice, which is to close Guantanamo now and get into compliance with the law of armed conflict.”