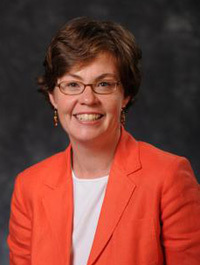 The Vatican’s investigation, or “apostolic visitation,” of American communities of religious women is more than just a friendly visit, according to Kathleen Sprows Cummings, assistant professor of American studies and associate director of the Cushwa Center for the Study of American Catholicism at the University of Notre Dame.

Noting that the investigation was ordered by Cardinal Franc Rodé, who directs the Congregation for Institutes of Consecrated Life and Societies of Apostolic Life, Cummings, author of “New Women of the Old Faith: Gender and American Catholicism in the Progressive Era,” said that Cardinal Rodé observed last year that “all is not well with religious life in America” and more recently criticized nuns who “have opted for ways that take them outside communion with Christ in the Catholic Church.”

According to Cummings, such statements, along with the Vatican’s warning to the Leadership Conference of Women Religious that sisters are not doing enough to promote Church teaching on controversial issues, “signal that punitive measures may indeed be on the way for women religious who are not living a ‘traditional’ religious life—that is, those who do not wear habits, do not live in convents, and do not engage in established ministries such as teaching or nursing.

“Though it is too soon to tell exactly what the outcome of the visitation will be,” Cummings said, “it is highly probable that part of it will include an affirmation of congregations that have retained the traditional hallmarks of religious life and a rebuke to those that have left them behind.”

According to Cummings, “The institutional Church has never quite known what to do with women who step out of traditionally female roles, and there is no question that by becoming collectively more professional, more educated and more likely to challenge those in positions of power in both Church and state, the majority of sisters in this country have grown progressively less ‘feminine’ over the past four decades.

“Though they are often accused of moving away from the Church,” Cummings said, “sisters who have chosen this version of religious life actually believe that it represents a more authentic one: In choosing to stand with those on the margins of society, and in witnessing to Christianity at its most radical, they understand themselves to be returning to the founding charisms of their congregations as mandated by the Second Vatican Council.”

Cummings expects the investigation’s final report to “make much of statistics that show that congregations whose members wear habits, live in convents, and engage in conventional ministries are presently attracting more members than their non-traditional counterparts,” but she admonished that “it is far too soon to tell if this trend will be sustained, or whether those who have entered over the past decade will stay permanently.

“Even the fastest-growing congregations today receive far fewer new members annually than most women’s religious communities did a century ago,” Cummings said.

“From the early 19th century until the late 1960s, religious life offered thousands of Catholic women—most of whom hailed from immigrant, working-class communities—opportunities for education, leadership and meaningful lives far beyond what they were offered in American society at large. But if U.S. Catholic women once saw more possibilities within Church structures than outside of them, since the late 1960s quite the opposite has been true. Because transformations for women in American society have far outpaced those for women in the Church, religious life no longer represents the only option for gifted and faithful Catholic women called to live their vocations in the modern world.”

While earlier generations of Catholics sincerely “understood religious life as a higher and holier calling than life ‘in the world,’” Cummings said, “intermingled with more altruistic motives were other considerations. In encouraging more girls to become nuns, church leaders also were intentionally creating a vast underpaid work force to sustain and expand Catholic institutions, most especially parochial schools. American clergy and hierarchy are less
successful in selling religious life today because most Catholic women today are less willing to dedicate their entire lives to subsidizing the Church’s infrastructure.

“It is true that the precipitous decline of women religious—not to mention their median
Age—suggests that the numbers will never rebound to what they once were,” Cummings said, “but a smaller population of American sisters is hardly too high a price to pay for two very positive developments: the acknowledgement that religious women are far more valuable to the Church as witnesses than they are as workhorses, and the recognition that all Catholics are called to place their talents and energy in the service of a vibrant Catholic life in this country.”

Contact: Cummings’ comments may be used in whole or in part. She can be contacted for additional commentary at 574-631-3732 or cummings.23@nd.edu