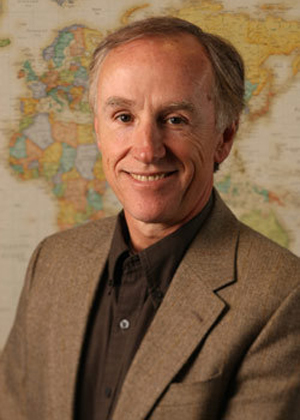 As the political crisis continues between Egypt’s Muslim Brotherhood and the country’s military-backed government, David Cortright, director of policy studies at the University of Notre Dame’s Kroc Institute for International Peace Studies, says the Egyptian revolution is being lost and the Obama administration must act, before it’s too late.

“The glorious unarmed uprising of 2011 that so inspired the world is now being crushed by the armed forces,” Cortright says. “I grieve for the people of Egypt and the dangers that lie ahead, unless something is done.”

Sens. John McCain and Lindsay Graham warned in Cairo this week that the United States might cut off military aid if the generals now in charge in Egypt do not move swiftly to restore democracy and release Muslim Brotherhood leaders. Cortright says the Obama administration should repeat this warning and should work with other states to encourage a swift return to civilian rule and new elections.

“The military’s brutality and lies are a grave menace to Egypt’s future,” Cortright says. “They make the incompetence and authoritarianism of the Morsi government appear mild by comparison. The Muslim Brothers are the main target of attack now, but all of free Egypt is in jeopardy. The military has gone beyond acceptable moral and legal bounds and must yield power.”

Cortright says the Obama administration should work with the Arab League through the United Nations to support the creation of a broadly representative independent civilian authority in Egypt that guarantees the participation of all social forces, including the Brotherhood.

“Secular and liberal forces must work with the Brothers and the Salafists to establish an interim government and decide a road map to the future,” he says. “The international community should provide help to get such a political process started and must insist that the military turn over authority as soon as it is established. If the army refuses to yield power, all U.S. and international assistance for the generals should cease.”

Some believe the Muslim Brothers are not prepared or inclined for war, but Cortright argues such reassurances are naïve and underestimate the rage caused by the army’s repression.

“The deadly descending spiral of violence-begetting-violence is beginning, and may soon get out of hand as it did in Syria,” he says. “Until now, the Brothers have been very reluctant to use force, but there is likely a limit to their endurance, as there is for all people. Arms and materials for making bombs are readily available in the region. The time to act is now, before it is too late.”