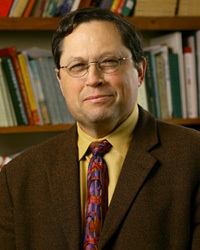 For the families and friends left to mourn scores of innocent Chinese citizens who were slaughtered two decades ago in Tiananmen Square for calling for government reform, June 4 will be a day filled with anger, sadness and resentment. But there will be no memorial event marking that historic struggle.

“June 4 marks the tragic end of a near triumphant struggle of the Chinese people against a corrupt and illegitimate authoritarian state,” says Lionel Jensen, associate professor of East Asian languages and cultures at the University of Notre Dame.

“There is an urgency that attends the anticipation in Western journalism of a 20th anniversary memorial insurgency, a long awaited comeuppance for the decades of official denial of the slaughter and the unaccountable turning of the People’s Liberation Army on the people in the Square. However, this dramatic scenario will not be staged in real time,” says Jensen, whose areas of specialty include Chinese nationalism and Chinese religion and thought.

The Chinese communist government’s commitment to the rapidly growing national economy – which has raised thousands out of poverty – has overshadowed Chinese citizens’ cry for legitimate rule, according to Jensen.

“This is the Party’s answer to the massacre: an offering to the generations living beyond the unspeakable to pursue wealth without much political interference. In the eyes of many, the dream of economic self-sufficiency that was a revolutionary ideal prophesied by the Party’s leaders, has been achieved,” Jensen says.

“As long as the government’s diminished legitimacy remains tethered to the desperate, blind retreat from Tiananmen, there will always be a sliver of a chance that there will be a frank public accounting of what transpired. Unfortunately, that accounting will not occur this year.”