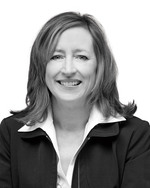 Ann Tenbrunsel is not interested in evil people. Her 25 years as a behavioral ethics researcher has focused her attention on a much more subtle but insidious — and prevalent — form of negative human behavior.

It’s not the bad seeds and psychopaths she’s researching. It’s the rest of us. In short, why do good people do bad things?

For the purposes of this essay, the focus is narrower: Why don’t good people report bad things?

By the time the Harvey Weinstein scandal broke in October 2017, my co-authors, McKenzie Rees of Southern Methodist University and Kristina Diekmann of the University of Utah, and I had already been knee-deep in reviewing more than 200 research articles on the topic of sexual harassment for almost two years.

Our review eventually would become our paper, “Sexual Harassment in Academia: Ethical Climates and Bounded Ethicality,” published in the Annual Review of Psychology. At the time, there wasn’t a whole lot of research focused on just academia, so we drew broadly on sexual harassment research, identifying those features of academia that corresponded with some of the factors in organizational settings.

We examined the issue through a particular lens — that of ethics, or more specifically, behavioral ethics, which is important for reasons I’ll discuss later on. More specifically, we considered the problem of sexual harassment from the perspective of bounded ethicality, which refers to the systematic and predictable ways in which people engage in unethical acts without their own awareness that they are doing anything wrong. We looked at the ethical climates and cognitive processes that influenced sexual harassment at the individual, leadership, organizational and broader environment in an effort to explain why the behavior happens and when it is reported.

It’s that last phrase — when it is reported — that is the subject of this essay. We all firmly believe that when we see sexual harassment, we would certainly report it. But the evidence strongly says otherwise. In fact, some reports estimate that only 5 percent of incidences of sexual harassment in academia are reported.

And this failure to report can have a significant and harmful effect on individuals, organizations and the culture as a whole.

So the question is, why is the percentage who report so low?

Fear plays a role. And sometimes a person has very rational, intentional reasons. But what we found from our behavioral ethics research is that there are also unintentional reasons they probably aren’t aware of, and these unintentional reasons result in good, moral people who would certainly never support the act of sexual harassment failing to report incidents taking place right in front of them.

This is called motivated blindness. It involves not seeing the harassment for what it is and in turn, decreasing the likelihood that it will be reported and increasing the probability that the harassment will be perpetuated. Several factors can influence a bystander’s ability to recognize sexual harassment.

The dominant reason why victims of sexual harassment did not report the incident is that they did not consider it a sufficiently serious offense. Harassment behaviors can be arranged on a continuum that ranges from joking to sexual assault. Research finds that the lower in intensity the behavior is, the less likely people are to decode it as sexual harassment. If observers don’t think the incident rises to a certain level of seriousness, they don’t report it. It was just a joke, right? But this is the start of a slippery slope that can be very dangerous. More on that later.

When Matt Lauer was fired from the “Today” show for “inappropriate sexual behavior in the workplace,” a clearly shaken Savannah Guthrie addressed the audience by saying, “We are grappling with a dilemma that so many people have faced these past few weeks. How do you reconcile your love for someone with the revelation that they have behaved badly? And I don’t know the answer to that.”

In the context of reporting sexual harassment, the power element can be understood by looking at co-cultural theory. Individuals who are privileged by being part of a dominant group are less likely to be able to understand the reality of those who aren’t in that group. They have a much harder time taking the perspective of others, and that again leads to motivated blindness. It could be stated, “I just don’t see it because I can’t see it, because of the status or power I hold.”

Having said that, the majority of women don’t label sexual harassment as sexual harassment, either. One study looked at women from traditional cultures — those that are patriarchal and collectivist — and found they are more likely to experience denial and not label the behavior as harassment. Interestingly, even if they don’t label it as such, the research shows that they still experience the same kind of stress and physical outcomes. So inwardly, the body reacts even if the mind is in denial. 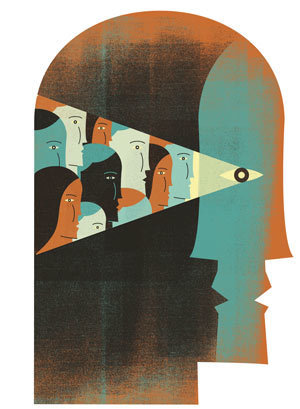 In most organizations, incidences of sexual harassment are viewed primarily as legal matters. The problem with this conceptualization is that it changes the perception about the behavior so the observer grapples with whether the act was illegal rather than was it harassment. Former Michigan State University president Lou Anna K. Simon, for example, was roundly criticized for her handling of the Larry Nassar case because she focused on defending her reputation and that of the university. In her initial remarks, she voiced deep sympathy for the victims, but her subsequent defensive perspective revealed that her goal quickly shifted from expressing empathy to protecting the mission of the university. She was looking at the horrific moral and ethical breaches through the wrong lens so that she didn’t see the behavior as the victims did.

All of this leads us to the notion of the slippery slope, which builds on the previously mentioned concepts to explain why this behavior extends over time. When the observers, the victims, the university or the organization accept small deviations in behavior, they become the new benchmark, allowing additional deviations to be viewed as acceptable. So if someone makes a lewd comment and no one speaks up, that now is seen as permissible and the ante is upped a bit.

There are a number of factors that facilitate the slippery slope. A “blame the victim” mentality can take over, which reduces the perceived severity of the initial act by refocusing attention away from the perpetrator and toward the victim. A 2000 study by University of California researcher Jennie Kihnley of a university’s sexual harassment policy found that victims were often labeled as troublemakers.

Leaders play a large role. When they receive reports of harassment but issue weak or nonexistent sanctions, they act as catalysts. In a university setting, weak responses often are driven by principles of academic freedom, shared governance and due process, which create obstacles for organizational authorities in their response.

Further, many institutions require investigations go through a private and confidential process with claims often settled with non-disclosure agreements. These agreements create uncertainty about the norms for behavior as well as for reporting. Because the details are kept confidential, no one has any idea if the behavior was acceptable or not. It also creates a “pass-the-harasser” situation, where universities and other organizers hire people who were known harassers at their previous place of employment.

The legal framework around sexual harassment also contributes to weak responses. If an organization can check boxes and say it’s in compliance, it gives an illusion of fairness. The more legal it is, and the more an organization is in compliance, the less likely it becomes that someone is going to dig more deeply to get at the truth of the situation.

It should be noted that these explanations, far from offering an excuse, provide insight into the cognitive processes that encourage sexual harassment so as to increase accountability for perpetrators, victims and bystanders.

SO WHAT’S TO BE DONE?

For one thing, establishing a diverse workforce will bring in different perspectives. Further, a diverse group disperses power among individuals and thus, because there is no one dominant group, motivated blindness should be reduced.

We should reframe sexual harassment from a legal to an ethical issue. It’s no different from someone committing fraud. Of course, legal counsel should get involved, especially in egregious cases. But the first reaction from leadership on down should be, “That’s wrong. We don’t do that here.”

Perhaps just as crucially as taking measures to address the offender, we need to train people to report the behavior. This involves educating them to the fact that they aren’t as likely to report as they think they are, for all of those reasons described above. This includes helping powerful people — the organizational leaders — take the perspective of others in order to reduce some of the power-based reasons.

Although here, there is evidence that shows training might actually have the reverse effect. People might be able to better identify the egregious behaviors, but they also tend to say the smaller behaviors didn’t qualify as sexual harassment. However, as argued, ignoring the smaller behaviors sets the slippery slope in motion.

Sexual harassment is costly. It harms the organization and its employees. It harms the people around them, their families and friends. Sexual harassment causes depression and anxiety. It leads to a decrease in well-being, satisfaction and engagement. It lowers productivity. It goes against mission on every level. But nothing can be done about it if people don’t see it for what it is and report it.

I believe people are good in general. That belief has motivated my research to discover why good people do bad things and why good people don’t report bad behavior that is happening right under their noses. Often, non-reporting seems intentional. And in some cases, it might be.

We have a tendency to categorize people as good or bad. But the truth is, people are complex. We are capable of good and evil. Unfortunately, our tendency is to discount the facts when we like someone when they are our friend or a good employee.

But the insights revealed by behavioral ethics research combined with the decades of study of sexual harassment strongly supports the finding that people don’t report the behaviors for reasons they are unaware of. What we need to do is to bring these reasons to the forefront so that people become aware.

Unwelcome sexual advances, requests for sexual favors, other verbal or physical harassment of a sexual nature, or offensive remarks about a person’s sex.

ANN TENBRUNSEL
Ann Tenbrunsel is the David E. Gallo Professor of Business Ethics in the Department of Management & Organization. The author of six books, she focuses on the psychology of ethical decision-making, examining why employees, leaders and students behave unethically despite their best intentions.

This research was originally published in the spring 2019 issue of Mendoza Magazine: https://bizmagazine.business.nd.edu.