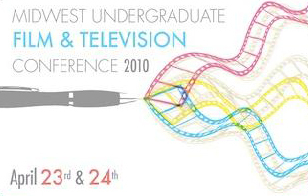 The University of Notre Dame’s Department of Film, Television and Theatre (FTT) will present the fourth annual Midwest Undergraduate Film and Television Conference on Friday and Saturday (April 23 and 24) in the Browning Cinema of the DeBartolo Performing Arts Center.

Undergraduate students from 18 institutions across the United States and Canada will give 20-minute papers on film and media history, criticism or theory. This year’s panel topics include re-makes and adaptation, gender, ethnic American cinema, auteur, sound, global audiences, cults and celebrities, and Narrative and Genres.

Friday at 6:15 in the Hesburgh Center Auditorium, keynote speaker Frances Gateward, assistant professor in the Department of Media and Communication Studies at Ursinus College will present a lecture, “Karate Kidz and Kung Fu Craziez: Afro-Asian Cinematic Encounters.” Gateward will demonstrate the influence of Hong Kong media on contemporary African-American identity, placing the appropriation of Chinese culture in hip-hop within current political and sociological contexts, while also examining the convergence of Chinese nationalism and black American nationalism in the 1970s that resulted in a cross-cultural relationship between black action films and the wuxia (Chinese knight) tradition.
The conference is event is free and open to the public.

For more information, visit the FTT Website at http://ftt.nd.edu.