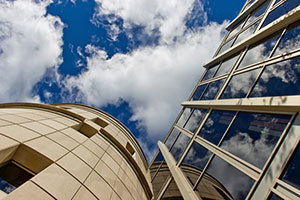 The University of Notre Dame’s Mendoza College of Business ranked No. 2 out of 114 schools nationwide in the Bloomberg Businessweek annual ranking of undergraduate business programs, released Monday (April 19).

“We greatly appreciate that our recruiters and students alike continue to value an academically excellent education that is faithful to our founding mission — that business should be a force for good in society,” said Roger Huang, the Martin J. Gillen Dean of the Mendoza College of Business.

In 2015, Businessweek suspended the undergraduate ranking to revamp its methodology. The 2016 ranking puts a much heavier emphasis on career data and eliminated indicators of the school’s overall academic quality, which was not included in the current survey. The 2016 ranking weighed the following four factors:

All told, Businessweek surveyed 1,079 recruiters at 582 companies, and received 27,327 survey responses from graduates from the class of 2016 at the 114 ranked schools, representing a 42.54 percent response rate. The full methodology for 2016 ranking is available on the publication’s website.

Businessweek, who originally launched the ranking of undergraduate business schools in 2006, also announced that it is discontinuing the undergraduate ranking after 2016, although it intends to continue ranking MBA programs.