In the workplace they do, according to new research co-authored by University of Notre Dame Management Professor Timothy Judge. But there also is a double standard for women and, yes, a pay gap.

Judge, the Franklin D. Schurz Professor of Management in Notre Dame’s Mendoza College of Business; Beth Livingston from Cornell University; and Charlice Hurst of the University of Western Ontario, document the effects of gender and “agreeableness” in their study, “Do Nice Guys – and Gals – Really Finish Last? The Joint Effects of Sex and Agreeableness on Income.” 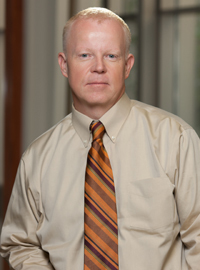 In contemporary psychology, “agreeableness” is one of the “Big Five” dimensions of personality used to describe human personality. It generally refers to someone who is warm, sympathetic, kind and cooperative (in short, a “nice” person), and is the most valued characteristic cited when people are asked to identify with whom they want to spend time.

“We studied four large data sets,” he says. “And in all four we found there is a penalty for being agreeable in the workplace. But, while men earn a premium for being disagreeable, women don’t.”

It’s the stereotypical double standard according to Judge.

“Think about Martha Stewart and Donald Trump,” Judge says. “They’re both tough people and, yet, I think Martha Stewart has gotten much more negative press and taken more grief because she’s a disagreeable woman.”

The study shows a strong negative relationship between agreeableness and earnings for men. The more agreeable a man is, the less he will earn. For women, there is essentially no relationship at all. Regardless, they earn less than men.

So, what recourse is there for women?

“There’s a difference between disagreeing and being disagreeable,” Judge says. “So, I think women should not compromise and, in fact, it’s even more important for them to be aggressive in what they ask for. I tell negotiation students they need to ask for what they want to the point of ridiculousness. People think there are long-term consequences to asking for too much at work, and I don’t think there’s any evidence of that.

“Now, the unfairness of it,” Judge continues, “is that when women ask for more, they are more likely to have their motives questioned, which can neutralize some of the advantages. So, I think women must present their requests in a non-threatening, gentle but firm sort of way. In essence, the way women communicate their demands matters more than it does for men.”