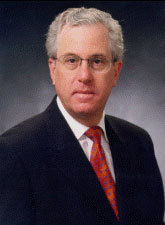 Martin F. Horn, executive director of the New York State Sentencing Commission and Distinguished Lecturer in Corrections at the John Jay College of City University of New York, will give a lecture titled “Prison Reform: Problematic Necessity” at 7:30 p.m. Oct. 8 (Wednesday) in the University of Notre Dame’s McKenna Hall Auditorium.

Horn’s lecture, sponsored by Notre Dame’s Institute for Church Life (ICL) as the 2014 Human Dignity Lecture, will survey the history of prison reform efforts and argue that because imprisonment runs counter to human nature, prisons always have been and always will be flawed institutions. While acknowledging the impossibility of perfection, Horn also will suggest a reasonable path for prison reform.

An initiative of the ICL’s Human Dignity Project, the annual Human Diginity lectures are intended to make the idea of human dignity accessible to people of all faiths or no faith, and to exhort students, faculty and all others in the Notre Dame community and beyond to recognize their own human dignity and respect that of others.