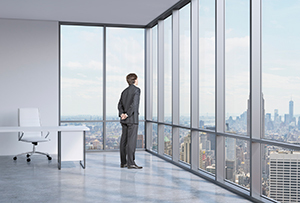 When Tootsie Roll chairman and CEO Melvin Gordon died unexpectedly on Jan. 20, 2015, the firm’s value saw an immediate 7 percent increase, which was equivalent to about $140 million. Craig Crossland, an assistant professor of management at the University of Notre Dame’s Mendoza College of Business, and his research colleagues examined 240 sudden and unexpected CEO deaths like Gordon’s to determine how shareholders’ perceptions of CEO significance have changed over time. They found that market reactions to these events in U.S. public firms have increased markedly between 1950 and 2009.

“Our results indicate that shareholders act in ways consistent with the belief that CEOs have become increasingly more influential in recent decades,” Crossland said.

“The market response was larger in later periods,” Crossland said. “In other words, the negative reactions were more negative after the death of a highly regarded CEO, and the positive reactions were more positive after the death of an underperforming CEO. We discuss one way to quantify this in the paper: The average firm in our sample had a market capitalization of $1.3 billion (in 2009 dollars). Thus, over the course of 60 years, the shift in market value caused by an unexpected death increased by approximately $65 million (in 2009 dollars)."

Although it’s difficult to prove unequivocally why perceptions of CEO influence have changed over time, the researchers suggest the most likely explanation is simply because CEOs are indeed more important to firm performance.

“A number of macroeconomic trends over the last few decades, such as the rise of investor capitalism and a more dynamic, uncertain competitive environment, seem to have provided more discretion for managers,” Crossland said.

The fact that market reaction to the unexpected death of a CEO has increased steadily over the last six decades highlights the importance of succession planning and supports, at least partially, the increased compensation given today’s top executives.

“For firms and boards, one clear implication is that succession planning is increasingly important,” Crossland said. “Large swings in a firm’s market price, which can be quite destabilizing, can probably be mitigated somewhat if the market has more information about who’s next in line if the current CEOs departs suddenly.”

Timothy J. Quigley and Robert T. Campbell of the University of Georgia are co-authors of the study, which is forthcoming in the Strategic Management Journal. An abstract can be found here: http://onlinelibrary.wiley.com/doi/10.1002/smj.2504/abstract.