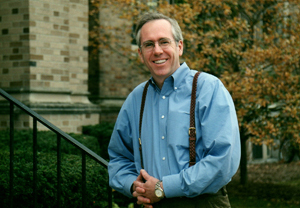 Mark Roche, formerly dean of the College of Arts and Letters at the University of Notre Dame, has been named winner of the 2011 Frederic W. Ness Book Award from the Association of American Colleges and Universities (AAC&U). The Ness award is given annually to the book that best illuminates the goals and practices of a contemporary liberal education.

“The book is clearly written, nicely crafted into four thematically organized chapters, well argued in a reasonable and balanced manner, and convincingly supported by a substantial body of research,” Choice magazine states in its May 2011 review of the book. “It will prove valuable reading for anyone concerned with the state of the modern university and the future of liberal arts.”

The prize was presented on Jan. 26 at the AAC&U’s annual meeting in Washington, D.C.

“I am humbled by the award and elevated that several aspects of a liberal education that are particularly valued at an institution such as Notre Dame—engaging the great questions as an end in itself, forming character, and developing a sense of vocation—have been endorsed in this way,” says Roche, the Rev. Edmund P. Joyce, C.S.C. Professor of German Language and Literature and a concurrent professor of philosophy.

“Beyond developing the practical and economic value of a liberal arts education, I sought to raise our expectations for higher education today.” 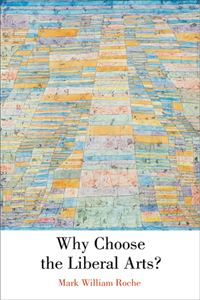 In his book, Roche develops three overlapping arguments for a strong liberal arts education: first, the intrinsic value of learning for its own sake, including exploration of the profound questions that give meaning to life; second, the cultivation of intellectual virtues necessary for success beyond the academy; and third, the formative influence of the liberal arts on character and on the development of a sense of higher purpose and vocation.

“Even if my second chapter, on the practicality of a liberal arts education for future employment and leadership opportunities, may resonate the most with students and their parents, it is important to remember that it is not the only rationale for having such an education,” Roche says. “If we reduce the purpose of education to that of getting a job, we have failed to adorn it with higher meaning. Even more than awakening a deeper meaning in work, a liberal arts education gives graduates a direction for life.”

Finding a vocation begins with the great questions, Roche says. “What is of highest value? What are the most pressing challenges of the age? Who am I? What ought I do with my life? These questions form the core of a liberal arts education.”

And it is through the study of such questions, Roche says, that liberal arts students develop vital skills in reading, writing, speaking, and critical thinking “that will allow them to flourish, whatever career paths they might choose or life choices they might make over time.”

Roche is the author of seven books, including “Why Literature Matters in the 21st Century” and “The Intellectual Appeal of Catholicism and the Idea of a Catholic University.” He also served as dean of Notre Dame’s College of Arts and Letters from 1997 to 2008.