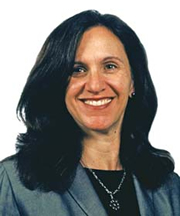 Madeline Janis-Aparicio, co-founder and executive director of the Los Angeles Alliance for a New Economy (LAANE), will present two lectures on social justice and getting results through service on April 21 (Friday) at the University of Notre Dame.

Sponsored by Notre Dames Department of Economics and Policy Studies, both presentations are free and open to the public.

Janis-Aparicio led the historic campaign to passLos Angelesliving-wage ordinance and is widely regarded as an innovator in the fight against working poverty.In 2002, she was appointed by former Los Angeles Mayor James Hahn as a volunteer commissioner to the board of the citys Community Redevelopment Agency, the countrys largest such agency, and was reappointed to the board last year by current Major Antonio Villaraigosa.Under her leadership, LAANE has spearheaded numerous campaigns to improve wages, benefits and working conditions inLos Angeles.