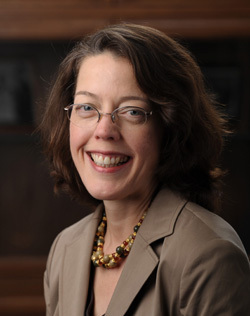 Mary Ellen O’Connell, Robert and Marion Short Professor of Law and Research Professor of International Dispute Resolution at the University of Notre Dame’s Kroc Institute for International Peace Studies, will testify today (May 22) before the House Judiciary Committee on “Protecting U.S. Citizens’ Constitutional Rights During the War on Terror.”

One of the world’s leading experts on the law respecting targeted killing, O’Connell is author of “What Is War?” and “The Power and Purpose of International Law.” She has testified before Congress numerous times on drones, and again will help clarify the law regarding the Constitutional and human right to life in war and peace. O’Connell’s full testimony is available here.

It is O’Connell’s emphatic belief that targeted killing is “illegal, immoral and dangerous.”

“All human beings possess the right to life, which is protected in the Fifth Amendment to the U.S. Constitution,” O’Connell states in her testimony. “‘No person shall be deprived of life, liberty or property, without due process of law.’ The United States committed to the same duty to protect life when it joined the International Civil and Political Rights Covenant.

O’Connell points out that some loss of life may be justified.

“In peacetime, a state may take a human life when ‘absolutely necessary in the defense of persons from unlawful violence.’ Police and other authorized agents of the state may resort to lethal force to save a life immediately or to apprehend a highly dangerous individual who resists arrest.

“During an armed conflict, troops will not face criminal charges for killing enemy fighters, so long as they respect the law of armed conflict, including that civilians never be intentionally targeted unless and only for such time as the civilian takes direct part in armed conflict hostilities,” O’Connell clarifies.

For five years, O’Connell chaired the International Law Association’s Committee on the Use of Force, which defined armed conflict as always having at least two minimum characteristics, including the presence of organized armed groups engaged in intense inter-group fighting within limited combat zones. O’Connell says it is only in such zones that killing enemy combatants is permissible.

“Because armed conflict requires a certain intensity of fighting,” O’Connell states in her testimony, “the isolated terrorist attack, regardless of how serious the consequences, is not an armed conflict. Terrorism is, therefore, generally categorized as a crime, although in some circumstances, it may be carried out so continuously as to be the equivalent of an armed conflict. A single, isolated act of terrorism is consistently treated by states as crime, not armed conflict.”

O’Connell states, “References by Bush and Obama administration officials to the right of self-defense offer no justification for using force or exercising wartime privileges beyond Afghanistan.”

President Barack Obama, meanwhile, will speak Thursday (May 23) at the National Defense University on the rules his administration has developed regarding killing with drones.

However, as O’Connell emphasizes in her testimony, “The United States and the world have rules with respect to the fundamental right to life firmly in place. They are the rules found in our Constitution, the United Nations Charter and Geneva Convention.”

O’Connell recently published in The New York Times: “When can the US kill one of its own?” and “The Questions Brennan Can’t Dodge.” O’Connell and her views on drones were featured in the LA Times article: “In legal battle against drone strikes, she’s on the front lines.”

O’Connell is vice president of the American Society of International Law. Her areas of specialty are international legal regulation of the use of force and conflict and dispute resolution.