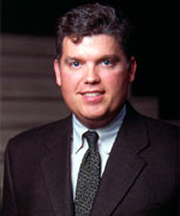 A member of the Notre Dame faculty since 1995, Kelley specializes in administrative and constitutional law and will be on leave during his service to the president. He is the secondNotre DameLawSchoolprofessor to serve this president, following Jimmy Gurulé, who was undersecretary for enforcement in the Department of Treasury from 2001 to 2003.

Kelley clerked from 1987 to 1988 for Judge Kenneth W. Starr on the U.S. Court of Appeals for theDistrict of Columbiaand then for Chief Justice Warren E. Burger and Associate Justice Antonin Scalia on the Supreme Court during the 1988-89 term. From 1991 to 1994, he served as assistant to the solicitor general in the Department of Justice.

A 1984 graduate ofMarquetteUniversity, Kelley was graduated in 1987 fromHarvardLawSchool, where he served as Supreme Court editor of the Harvard Law Review. He is a member of Phi Beta Kappa.

Kelley spent the 2004 spring semester as a visiting scholar at the University of Notre Dame-Australia College of Law.