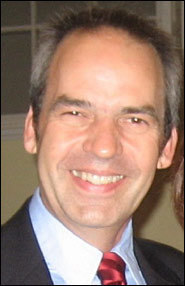 An expert on British Romanticism and an experienced administrator, Kucich has served as director of graduate studies, associate chair and director of undergraduate studies in the Department of English.He taught for two years in the London Undergraduate Program, organized an international conference at the London Centre in 2003 and has served since 1994 as co-editor of the United Kingdom-based scholarly journal Nineteenth-Century Contexts: An Interdisciplinary Journal (published by Routledge).

Gregorys multi-faceted experience as a teacher-scholar-administrator in the English department puts him in an excellent position for taking on this challenging role,said Julia Douthwaite, assistant provost for international studies.He frequently lectures and conducts research in the United Kingdom, and as an author and editor of books on Austen, Shelley, Keats, British theater and historiography, as well as an innovative collection of essays on British Romanticisms place in global studies, he brings scholarly expertise consonant with student interest and the Universitys aspirations for the London Undergraduate Program.

In his new position, Kucich plans to bolster collaboration between Notre Dames London and South Bend campuses, enhance teaching through a comprehensive orientation program designed to familiarize British faculty with the standards and procedures of undergraduate teaching at Notre Dame, build upon the success of the current internship program by facilitating broader encounters with cosmopolitan London, and expand the research potential of the London Centre.

The London Program is Notre Dames oldest and largest undergraduate overseas program with some 130 students participating each semester at the Universitys facility next to Trafalgar Square.Since its inception in 1981, more than 4,000 students have experienced the unique cultural, social and educational benefits of London.