After more than a decade of war, U.S. troops will begin returning home from Afghanistan. What will this mean for Afghan women? Will their modest but important gains be lost? 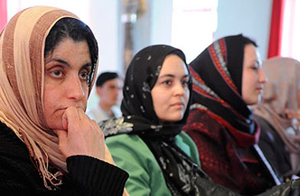 A newly updated edition of the report “Afghan Women Speak: Enhancing Security and Human Rights in Afghanistan,” just published by the University of Notre Dame’s Kroc Institute for International Peace Studies, reflects the complex situation of women and girls in Afghanistan.

Growing numbers of Afghan girls are in school, and advances in health care have led to lower rates of infant and maternal mortality, said David Cortright, director of policy studies at the Kroc Institute and co-author of the report.

Yet women in Afghanistan still face intimidation and attacks — and many are worried about the threat of a civil war. 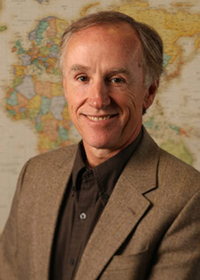 “The condition of women is definitely better than it was, but the danger of catastrophic civil war is greater than ever,” said Cortright.

Based on more than 70 interviews, the majority in Afghanistan, the report highlights the concerns of Afghan women, assesses international efforts to empower women since 2001, and analyzes the security situation in Afghanistan and its impact on women. It includes a series of recommendations for U.S. and NATO governments.

“We strongly agree that foreign troops should come out of Afghanistan,” Cortright said. “Continuing the war will not help women, but we also should avoid opening the door to a civil war. What we need is a major international peace mission and support for women through funding of social, not military, policy.”

This research was funded in part by The Catholic Organisation for Relief and Development Aid (Cordaid), the Rockefeller Brothers Fund, and philanthropist Cynthia Arsenault.