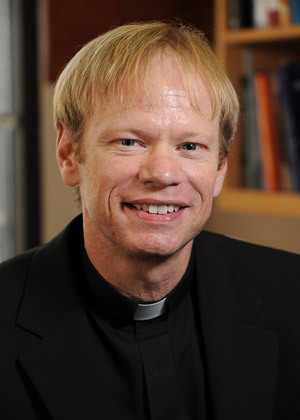 A peaceful presidential election next month in Kenya would bolster efforts to promote economic growth, human development and security not only in Kenya, but throughout East Africa, according to University of Notre Dame political scientist Rev. Robert Dowd, C.S.C., who specializes in African politics with particular expertise in Kenya.

“Political instability in Kenya does not only mean bad things for Kenya, but for Uganda, Tanzania and South Sudan and countries as far away as Rwanda, Burundi and the Democratic Republic of the Congo,” Father Dowd says.

“Basic goods destined for these countries pass through Kenya, which serves as the region’s biggest market. Electoral violence and political instability in Kenya would choke off a lifeline for the region’s landlocked countries.”

“The United States also has an interest in peaceful elections in Kenya since it is an important partner in efforts to prevent the spread of international terrorist networks. Political instability in Kenya would make these efforts much more difficult,” adds Father Dowd.

The country’s last election, which took place in 2007, was seriously flawed and marred by inter-ethnic violence with more than one thousand people killed and hundreds of thousands of people displaced, according to Father Dowd.

“Since then, economic growth in Kenya has been impressive and there is evidence of a growing middle class,” says Father Dowd.

“In 2010, the electorate approved a new Kenyan Constitution, which, among other things, decentralizes political power and decreases the power of the presidency. The hope is that the dispersion of power will mean that politicians and their followers will be less likely to resort to violence in order to gain access to that power.”

Father Dowd believes there is good reason to be optimistic about a successful, nonviolent election:

“Although there are far too many people living in extreme poverty in Kenya — in both rural areas and in slums of the country’s major cities — the growth of Kenya’s middle class means more people have more to lose from electoral violence and therefore will refrain from it and will discourage it.”