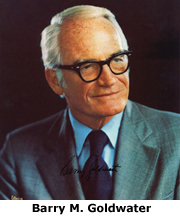 University of Notre Dame junior Benjamin J. Fehrman fromOmaha,Neb., has been awarded a scholarship for the 2007-08 academic year from the Barry M. Goldwater Scholarship and Excellence in Education Foundation.

The Goldwater Scholarship is considered the premier undergraduate award of its type in the fields of mathematics, the natural sciences and engineering. It covers the cost of tuition, fees, books and room and board up to a maximum of $7,500 per year.

Fehrman is among 317 students selected on the basis of academic merit from a field of 1,110 students who were nominated by the faculties of colleges and universities nationwide.

A mathematics major, Fehrman was a 2006 winner of the R. Catesby Taliaferro Prize, a Notre Dame Department of Mathematics annual essay competition that recognizes a sophomore mathematic majors essay about the historical or philosophical significance of a person, event or result in mathematics. He plans to pursue a doctorate in mathematics and conduct research in that field following his graduation from Notre Dame.

The Goldwater Foundation is a federally endowed agency established in 1986 to honor the late Sen. Barry M. Goldwater. It is designed to provide a continuing source of highly qualified scientists, mathematicians and engineers by awarding scholarships to college students intending to pursue careers in these fields.