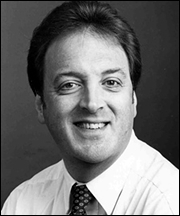 John was a beloved teacher and a generous and cheerful friend to many of us here on campus, and he will be sorely missed,said Mark Roche, dean of Notre DamesCollegeofArtsand Letters.Many students as well as a number of parents told me in recent years what an effective and charismatic teacher John was. He had a magical talent for coaching outstanding performances from our students, and he created a special bond with them as a fellow artist.

Riley-Schofield, who directed the Notre Dame Opera, was bornJuly 28, 1954in Bradford, Yorkshire inEngland. His musical education began at the age of nine with piano lessons and choral singing, and he held advanced degrees in music from theUniversityofHuddersfield, the London College of Music and the Royal Academy of Music.

A baritone, Riley-Schofield sang in many European venues with the English National Opera the Netherlands Opera both in the choruses and individual roles.In addition to these, he also sang pieces by such composers as Bach, Händel, Mozart, Haydn, Elgar, Walton, Saint-Saens, and Brahms.

In addition to these accomplishments, Riley-Schofield was well known as a musical teacher and coach.He joined the Notre Dame music faculty in 2002.

A memorial service is being planned and will be announced.